Smart Magnet Technology Patent Can Revolutionize the Way We Use...

Another day, another patent. As it usually is with Apple patents, things get rather interesting. Apple Insider reports that the US Patent and Trademark Office has granted Apple a patent regarding a “magnetic attachment unit”, which is basically smart magnet technology that goes beyond what current smart covers for iPads employ. 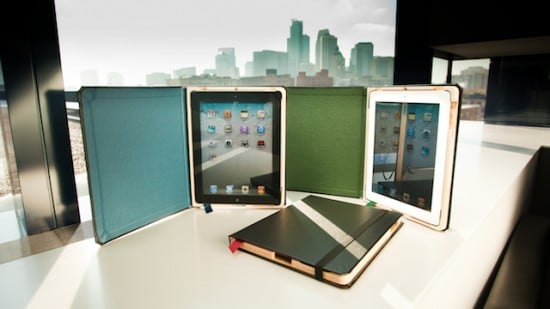 The abstract of the patent:

How does this translate for us users?

In a sense, the technology is much like what we’re using today. Magnets are to be embedded on the iPad’s chassis. The huge difference is that these magnets are now going to be placed in specific arrangements that take the iPad experience to a whole new level.

How about being able to connect the iPad to a whole new array of accessories and devices with ease, thanks to the arrangement of the magnets? Think about coupling two iPads together!

More than magnets inside the iPad, the patent also mentions “an embodiment that calls for a user to wear a magnetic ring that can control an iPad’s Hall Effect sensor. In current Apple hardware, the Hall Effect sensor is used to determine the presence of a Smart Cover, which in turn controls the power state of the tablet. If an iPad were enabled for the feature, a user wearing a magnetic ring would be able to “swipe” across the sensor to activate certain software functions.”