Yesterday, the USPTO granted Apple another patent, this time for a video camera that is supposed to rival GoPro. With the official title “Digital Camera System Having Remote Control“, the patent was filed in March of 2012 with three inventors named. 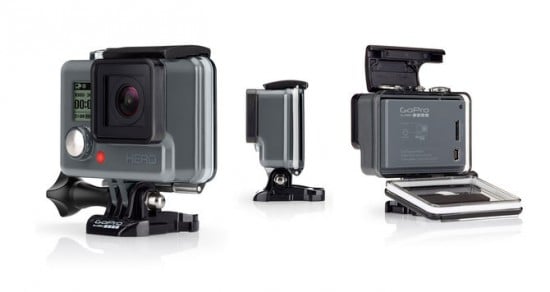 Specifications of the device are:

Additionally, the patent states that the camera incorporates another patent that Apple bought from Kodak back in 2013 and that it can function underwater.

So what’s all the fuss about this new patent? Apple gets patents granted all the time.

Well, there is the idea going around that Apple’s video camera will eventually kill GoPro. IF the device ever gets made and reaches the market, that is. As we know, a lot of patents remain just that – patents which don’t become reality.

If, however, Apple pulls this off, GoPro’s popularity just might go down the drain. And it seems that stock market players have more confidence in Apple as GoPro shares have dipped 13% to the lowest level in four months.

So will Apple’s video camera (if it gets manufactured) kill GoPro?

With Apple’s track record and the camera’s features – which pretty much covers GoPro’s and then some – this might very well be the case.

On the other hand, GoPro has had a head start and has a range of products already in the market.

What might be a deciding factor is the price. The entry-level GoPro is only $129.99. Can Apple manufacture something in the same price range with at least the same features?

Back to you – if Apple makes a video camera, will it kill GoPro or will it just make the niche more interesting for consumers?