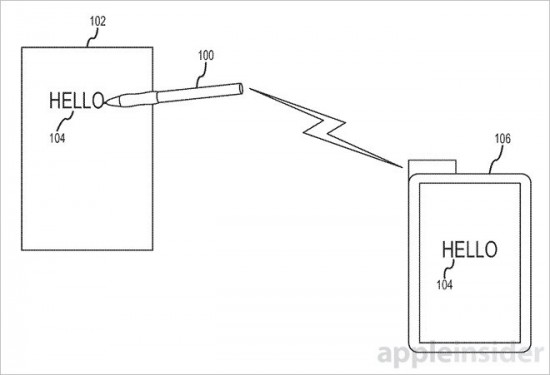 The USPTO patent calls it a “Communicating Stylus”, with the following description.

How does it work?

The Apple smart pen patent says that the “stylus tracks its different positions while a user is writing or drawing and then either stores the data to be uploaded later or transmits the data simultaneously to a computing device.”

This ‘computing device’ serves as the screen for what is written or drawn. Additionally, the device can be in any position or location. What matters is that it has a way to communicate with the pen. Presumably, the ‘computing device’ will be any of the Macs, MacBooks, and iOS devices.

The patent was file in 2010, with Aleksandar Pance of Saratoga, CA named as the patent owner.

Smart Magnet Technology Patent Can Revolutionize the Way We Use iPads