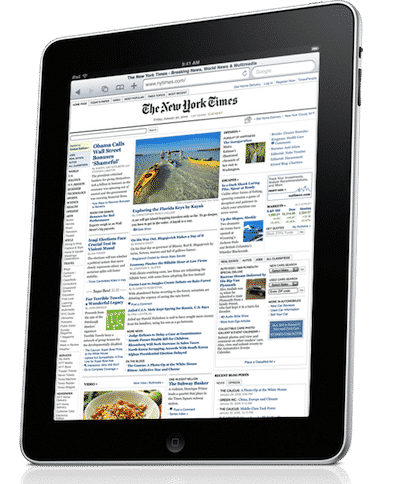 As some loyal readers may remember, writing for Apple Gazette is not my only gig. I’m also the editor of a magazine which is going national this month. It’s a lot of pressure, but as is to be expected, I’ve been making a big push to get an iPad app for the book, and now I’ve got clearance to do so. I called up my developer buddy almost immediately, and now we’re starting on the beginnings of a legit iPad app.

But almost immediately, I ran into the same problem that most publishers are facing currently: Subscriptions. In an ideal world, I would like to allow my readers to buy a subscription to the magazine that would accomodate both the printed and iPad versions, but right now there is no current model for that to happen. Hopefully that will change soon.

At least that’s the word according to Bloomberg.

BothÂ The Wall Street Journal andÂ Bloomberg News have reported that Apple is working on a “digital newsstand” venture that would handle subscriptions for newspaper and magazine publishers through the iTunes store. To publishers starved for revenue and eager to see the iPad as a route to the promised land of paying customers, this probably seems a great idea. They should be careful what they wish for. Is gaining a revenue stream worth giving up control over their relationship with readersâ€”and advertisers?

In our case, this isn’t an issue. That’s because our publication doesn’t take any money from advertisers, and is purely sales based. But hopefully, something will happen with this soon, that way I can get our iPad app out on the road with the subscription service right out of the box.