The watchOS 2 Review for Early Adopters

by Justin McGee 7 years ago3 months ago

First of all, finding the update isn’t as simple as one would imagine. Since you need your iPhone to do much with your Apple Watch, it would make sense to update your watch through the iPhone’s settings, just as you would for an iPhone update. But to access the Apple Watch update, you have to go into the Watch app on your iPhone, go to General and then click Software Update. It seems like a needless extra step, but that’s the design. Also, make sure that your watch is charged to at least 50% and connected to its charger; otherwise, you will not be able to install the update.

The Timelapse watch face gives you beautiful timelapse shots of different locations including Mack Lake, New York, Hong Kong, London, Paris and Shanghai. The Photo watch face lets you add an image from your Favorites to your watch face. Honestly, it seems a little cheesy, but it’s nice to look down at my wrist and see a little snapshot of my wife and dog. The only thing I don’t like about the Timelapse and Photo watch face is that you can’t add complications. It would probably clutter the display a bit, but it would be nice to add something small, like the temperature, in the corner. 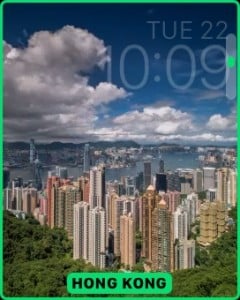 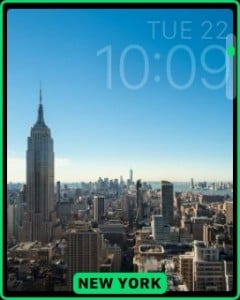 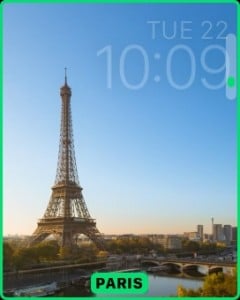 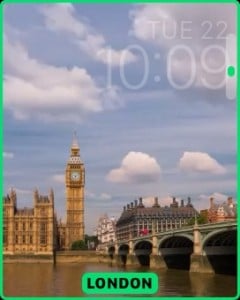 Nightstand mode is great. It’s one of the features that I’ve really been looking forward to for a while. I use my Apple Watch as an alarm clock, and when the watch is on its side, the flipped display makes a huge difference in being able to read the watch at night.

Siri also gets a relatively huge update as well. Siri on the Apple Watch has always been much more useful than Siri on the iPhone or iPad, but watchOS 2 really takes her usefulness to the next level. With the new OS, Siri can launch apps, start workouts, give you info with a glance-like design.

Once my watch downloaded the update and restarted, I couldn’t help but notice its lagginess. That was a complaint that I heard from a hand full of Apple Watch users early on, but I never experienced it myself. Opening apps (even native ones) was noticeably slower than before, but it eventually started responding normally.

I was really looking forward to running native apps on my Apple Watch, and watchOS 2 finally makes that possible. But when I started playing with my watch after the update, I realized that many of my third-party apps aren’t supporting native apps yet. That was sort of a disappointments, especially when you consider that Apple made the beta version of the software available for developers months ago. With that said, I am really impressed with a few apps that got updates for the new OS; Dark Sky’s newly designed watch app, for example, is a great update that gives you the ability to add a Dark Sky complication to your watch face.

No watchOS 2 review would be complete without speaking to the newly available native apps, and I’d love to say that the native apps are great, but unfortunately, running native apps isn’t as snappy as I had hoped it would be. Apps are noticeably quicker, but most of the ones I (try to) use are still frustratingly slow. I could practically grab my iPhone from my pocket and check the weather in less time than it takes to fire up the app.

At the end of the day, the Apple Watch is a good watch, and watchOS 2, despite its flaws, makes it just a little bit better. With that said, this is still an early version of the product, and Apple is likely to produce much better hardware and software in the future. It’s something to look forward to, but if you have the patience, it’s fun to look down at your wrist and see that the future, in my ways, is already here.

Have you tried out watchOS 2? What do you think about some of the new features? Let us know in the comments below.