The Apple gaming trademark and why it DOESN’T mean Apple...

This weekend has been filled to the brim with rumors and speculation, on a variety of Apple related topics. One of the biggest has been the fact that Apple filed for a trademark that would protect the world APPLE on “toys, games and playthings, namely, hand-held units for playing electronic games; hand-held units for playing video games; stand alone video game machines; electronic games other than those adapted for use with television receivers only; LCD game machines; electronic educational game machines; toys, namely battery-powered computer games.”

Then our friends at Engadget want to point us to the following link that talks about Apple’s recent patent on a touch screen gaming device.

Somehow, these two things have led people to speculate that Apple is somehow working on a “Pippin 2.0” or an “Apple portable gaming system”, and I have to step back and just stare with my jaw hanging open in disbelief.

I mean, I’m all for healthy speculation – but this one just seems borderline brain-dead to me. Do you think that – maybe – Apple might want to file a trademark to protect its name in relation to gaming devices not because it is developing ONE – but because it ALREADY HAS FOUR!!!!!!!

I mean, have you guys seen these things? I hear they’re getting really popular… 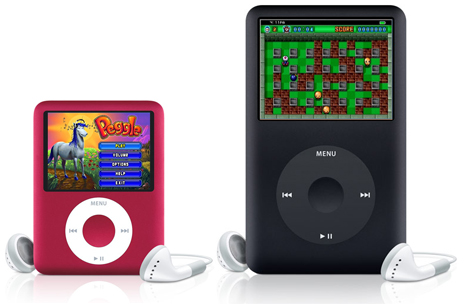 and what are those other two? I know I’ve seen a picture of them somewhere…. 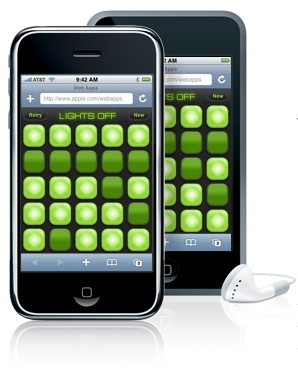 Do you get my point? I mean, the idea that Apple would have to be developing a game system to justify getting this trademark is completely ludicrous. Apple is in the gaming market. The four products listed above don’t even include these computers that we’re all so fond of called Macs.

There is no reason for Apple to develop their own Gameboy. They already have four of them, and the idea that they would create yet another handheld product for us, or that they would get into the video game console industry (which is another article entirely) just doesn’t make sense in my opinion.