The Macbook Pro RETURNS…but does it work? UPDATE: The Answer... 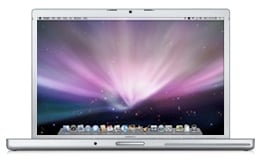 So, those of you interested in the ongoing Macbook Pro repair saga will be happy to know that DHL just knocked on the door and dropped it off. The real question will be…does it work?

For those coming in late, Apple already dropped it off once, and all they had done was pop out some “3rd party memory”. That wasn’t the issue at all, and didn’t fix anything. So it had to be returned again.

This time, the online tracking system told me they received it and had it fixed and ready to ship in under an hour.

That seems kind of fast to me, so I have my fingers crossed. The system is restoring now. We’ll see what happens.

UPDATE: After two separate trips to Apple this Macbook Pro STILL does not work properly. Simply amazing. I’m on the phone with Apple support now.

UPDATE 2: I’m heading to the Apple Store in Austin so they can see the problem hands on. We’ll see how it goes. You can follow along on Twitter, and I’ll be posting about it here on the blog when its all said and done.