It sure was big news when former Microsoft CEO (and employee number 30) Steve Ballmer bought the LA Clippers. Prior to him, the Dallas Mavericks’s owner, Mark Cuban, was probably the only “techie” owner in the league. (I could be wrong, though.) 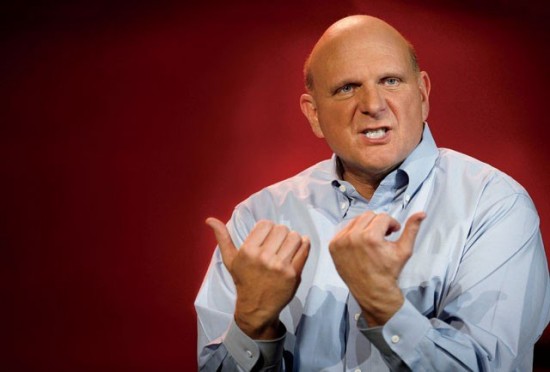 Now, in a probably not-so-surprising move, the new owner of the LA Clippers has placed a ban on Apple products for the team. It seems that he doesn’t want the team using anything Apple, and that he has expressly said it.

In spite of Steve Ballmer and Microsoft parting ways, not without a little friction, it is clear where his loyalties lie. If you think about it, after being with a company for decades and leading it, you really can’t throw away your loyalty just like that, can you?

More so, Reuters reports that “Ballmer left the board of Microsoft last month but is still the largest individual shareholder, with about 4 percent of the company worth $15.7 billion.”

But isn’t there a conflict of interest here?

To be fair to Steve Ballmer, it seems that he didn’t actually use the word “ban” when it came to the Clippers not using Apple products. Reuters reports:

“Most of the Clippers are on Windows, some of the players and coaches are not,” Ballmer said.

“And Doc kind of knows that’s a project. It’s one of the first things he said to me: ‘We are probably going to get rid of these iPads, aren’t we?’ And I said, ‘Yeah, we probably are.’ But I promised we would do it during the off season.”

He just mentioned iPads, but that amounts to pretty much the same thing. Poor players who are used to their iDevices. Then again, they can use them at home without the need for Steve Ballmer’s approval, can’t they?

Oh, and did you know that Ballmer’s family is not allowed to use iPhones either? Poor things, having to deal with Windows Phones. Can you imagine?

What do you think of this “ban”? Is it justified, or is it going too far?

How to Fix the Most Common iPhone Issues

Will Emerging Markets Get Their Own iPhone?