Soon, You Might Want to Fly Only United Airlines

If you can’t go a flight without watching videos, TV shows, and movies on your iOS device, that is. In-flight entertainment is touch and go for many, that’s why it is always safest to have a book with you. If you’re not reading type, though (Que horror!), and you prefer watching on your iOS device, you can use up all the limited space by loading up your gadget with media. Or, you can fly United Airlines. 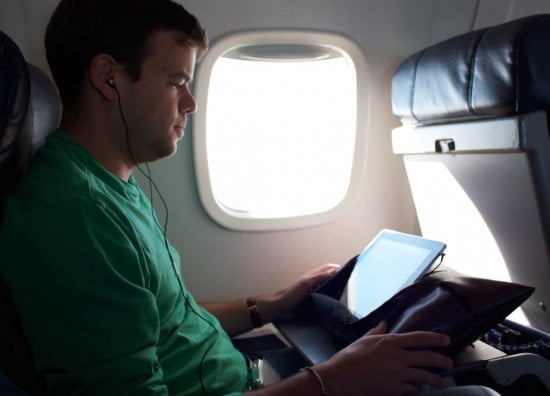 Starting April, United Airlines will be offering more than 150 movies and about 200 TV shows via streaming in their flights. Streaming to your own iOS device, that is.

Of course, that does not take away the potential irritant that is the selection of shows and/or movies that the airline decides to offer, but at least you can use your own device.

The rollout is going to be done in stages, however, so don’t be disappointed if you fly United in April, and you don’t get that perk. Based on an announcement the airline made last month, they are going to start with Airbus A319, Airbus A320, Boeing 747-400 and select 777-200 aircraft, with the ultimate goal of having the entire fleet offer the same service.

You also have to download the United app – if you haven’t yet – from the App Store so that you can access their media library.