You are here: Home / News / Should Steve Jobs Be Time’s Person of the Year? 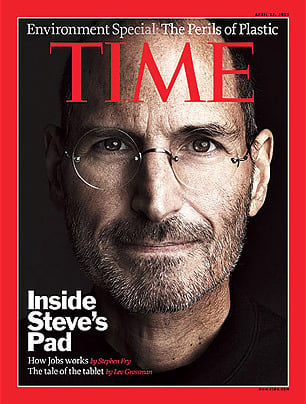 No one in history has ever been named Time Magazine‘s “Person of the Year” after they died, but Steve Jobs could very well be the first. Is it an honor he deserves? Steve Jobs on Time Magazine in 2010

A special nominating committee consisting of public figures like actor Jesse Eisenberg, celebrity chef Mario Batali, comedian Seth Meyers, and others, recently convened to name nominees for Time‘s annual Person of the Year selection. (The committee doesn’t decide who wins. The magazine’s editors do. But the winner comes from their pool of nominations, and committee members can passionately make a case for those they nominate.) NBC’s Brian Williams nominated Jobs with a convincing speech about the extent that Jobs’ influence can be felt all throughout modern society. You can see part of his speech in the video above.

Jobs has been on the cover of Time Magazine eight times — the most recent immediately following his passing — but never as its Person of the Year. It’s not hyperbole to say that he was directly responsible for the personal computer industry. But the question remains: Should Time break with tradition and name someone Person of the Year postmortem?

Others nominated for the honor include the ringleaders of the “Occupy” movement; and Tunisian vendor Mohammed Bouazizi, whose immolation lastÂ year kicked off the Arab Spring movement. Last year’s honoree was Facebook inventor Mark Zuckerburg.