Review: Say What You See

by Robin Parrish 12 years ago2 months ago 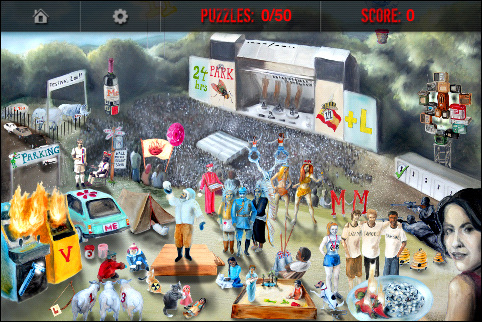 A good game doesn’t have to be a terribly deep one.

Take for example, Big Ideas Corporation’s Say What You See, a simple little puzzler app that’s so addictive, it’ll keep you up at night, trying for hours on end to figure it out.

The idea behind Say What You See couldn’t be less complicated. You’re presented with a large, painted mural that has fifty objects within that you have to decipher the meaning of. In the version of the game I played, SWYS: Music Fest, the fifty objects all stand for the names of major pop stars and rock bands. (The mural was painted by fine art painter Amie Bolissan.) 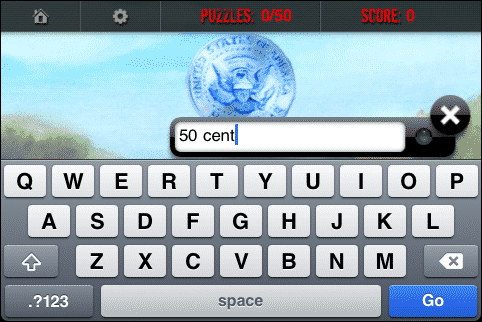 So for example, a half dollar piece in the mural translates to rap star 50 Cent. Most of the solutions are artists you’ll recognize; Madonna and Coldplay are represented, for example, but there were a few from Â further down the popularity list that I’d never heard of, like The Saturdays and Elbow. 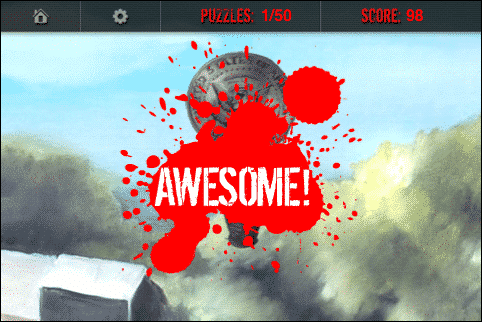 The big mural takes advantage of the usual pinch-to-zoom and finger-scrolling effects inherent to the iPhone, allowing you to get close-up on any of the fifty objects. There are additional objects in the mural besides the fifty puzzle objects that seem to serve no purpose, such as a large image of a woman in the bottom right corner. I have no idea why she’s there. Fortunately, the game makes it easy to tell the difference between the stuff that’s puzzles and what’s not. Just tap an item and it will bring up a text box if it’s a puzzle. Type in your answer, and if you get it right, you’ll be rewarded with a rock chord and a fun message congratulating you on your victory. 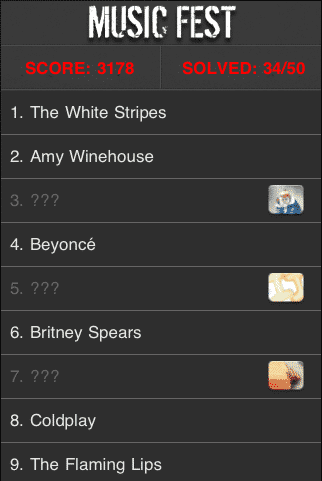 A running tally is kept of how many images you’ve deciphered, and if you should need to look back and see what they are, a handy list is provided when you turn your iPhone horizontally. Points are awarded based on your correct answers, and whether or not you get them right on the first try. And leaderboards are available to compare your scores to your friends’. You can also post your progress to Facebook directly from within the app.Â Additional puzzle murals are planned for periodic release byÂ SWYS‘s makers, according to theirÂ website, such as 80s movies and books that have been made into movies. 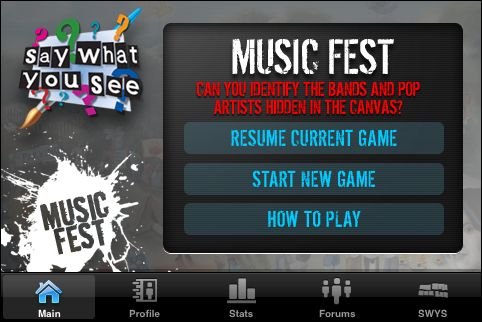 The only issue I experienced with the game was a lack of responsiveness to some of the buttons on the main menu. Frequently when I first started up the game, the “Resume Current Game” button would not respond until I’d tapped it a good eight times or more. Another button on the Profile creation page reacted much the same way. But this small problem is worth pushing past, because the game itself is so clever.

I enjoyed the heck out of See What You Say, and I give it my personal recommendation. And its $.99 bargain price makes it a must-have. Bring on the new puzzles — I can’t wait!