by Noemi 8 years ago8 months ago
1

It seems that the iPhone and the iPad are really making a name in the camera scene. Remember Tangerine, that Sundance film that was entirely shot using an iPhone 5S (plus an $8 app)?

This time around, it’s a mainstream TV show that has done a similar thing. Re/code reports that the Modern Family February 25 episode was shot using the iPhone 6 and iPad Air 2.

If you think that’s novel, there’s more that makes this particular episode interesting. 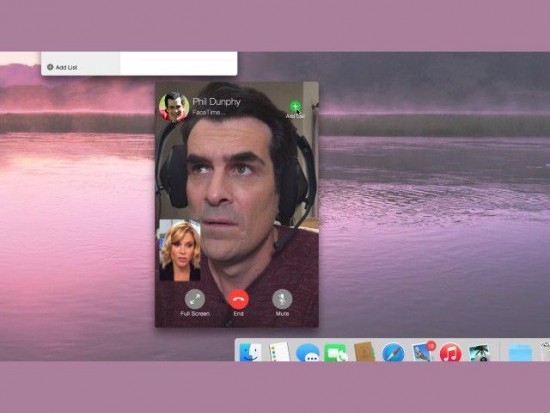 The Modern Family February 25 episode happens on a computer screen. You got that right. You’ll be watching an entire episode as the story unfolds on a MacBook screen.

The episode’s title is “Connection Lost” and “revolves around Claire Dunphy, a working mother of three played by Julie Bowen, who is stuck in an airport and desperate to reach her daughter, Haley, to reconcile after a fight. The story plays out on her Macbook, as she employs all the forms of modern communication at her disposal, from email to FaceTime to Facebook, in an attempt to locate her eldest child, played by Sarah Hyland.”

If you’re not a Modern Family watcher, then you probably won’t care about the plot. Still, the idea of shooting an entire episode of a popular TV show using iOS devices is pretty cool, isn’t it?

Oh, and in case you’re wondering, Apple did provide the devices but did not pay for product placement. At least that’s what they say.