You are here: Home / iPhone / NBA Player Thinks iPhone 6 Plus Might Have Caused Tennis Elbow 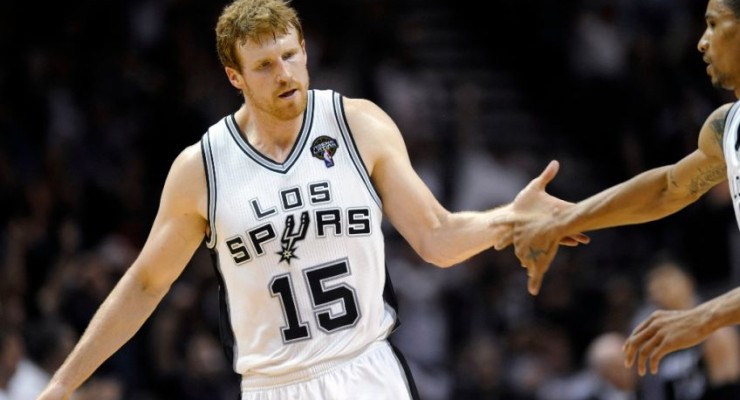 And here I was thinking I’ve heard everything about iPhones causing all sorts of injuries!

NBA player Matt Bonner was interviewed by the Concord Monitor, where he talked about the past season and his future in the league. The San Antonio power forward and center has put in more than his fair share of performance and heart in his years of playing for the team, but he is currently a free agent so his future is unclear. Additionally, his performance last season was not exactly stellar.

This is not about the NBA, though, but I have to admit that this post is a funny juxtaposition of two of my favorite topics – the Spurs (#GoSpursGo) and Apple.

In the interview, Matt was asked about his not quite up-to-par performance.

Tennis elbow – and a bad case, too.

It seems ridiculous, but he admits everyone is going to find his explanation (or theory) hilarious.

“Everybody is going to find this hilarious, but here’s my theory on how I got it,” he said. “When the new iPhone came out it was way bigger than the last one, and I think because I got that new phone it was a strain to use it, you have to stretch further to hit the buttons, and I honestly think that’s how I ended up developing it.”

But he’s not the only one. It seems that one of the Spurs’ strength and conditioning coaches had the same experience because of playing too much on his phone.

Can we call this #iPhone6PlusGate?

Have a chuckle: Funniest BendGate Tweets