You are here: Home / Mac / How Long Do MacBook Pros Last? 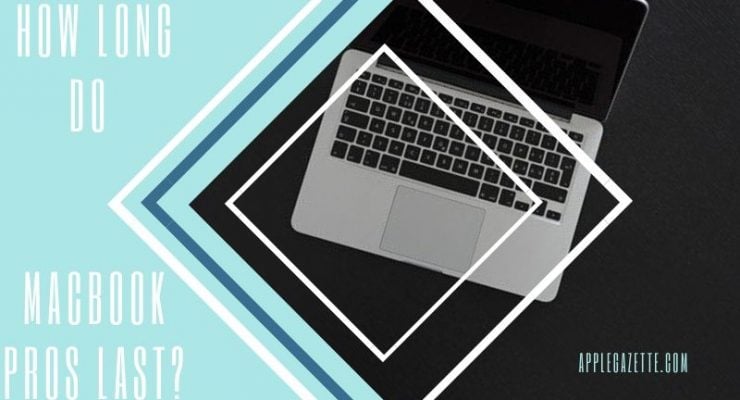 Knowing how expensive MacBook Pros are, it’s only natural to want to know if it’s worth the price. Shelling out a lot of money for a product that won’t last that long is money wasted. You’re not just paying for the MacBook Pros’ features, you’re also paying for its longevity. What’s the point of getting a great device if it won’t last that long anyway?

So how long do MacBook Pros last? To be honest, even if you take really good care of your MacBook, it’ll eventually become obsolete at some point. If you currently have a Mac, one thing to take note of is when it starts to experience issues. This includes random shutdowns as well as degraded batteries. You can opt to have it repaired but it can’t always be done.

When Should You Consider Replacing Your Mac?

It’s easy to be in denial when you realize that your Mac has reached its end. However, you have to accept the fact that things become obsolete through time and so does your Mac. Here are some factors that indicate that it’s time for you to replace your Mac:

Does Your Mac Support the Latest Software?

The three latest Apple operating systems are macOS High Sierra (10.13), macOS Mojave (10.14), and macOS Catalina (10.15). These are the only three current systems that Apple checks for any security vulnerabilities. That means that if your MacBook isn’t updated to any of these operating systems, it is susceptible to security problems.

If your Mac is running on one of these operating systems, it also means that it can run the latest versions of Mac apps such as Safari and iCloud. On the other hand, if your Mac runs an operating system older than those three mentioned above, you won’t be able to get the essential updates for Apple services.

Not having the latest software on your Mac also affects its compatibility with other Apple products. Your Mac should be running at least Mac OS X 10.11.6 (El Capitan) so it can recognize your iPhone or iPad. If you’re syncing your iPhone to your Mac through iTunes, you should have iTunes 12.8 for it to sync seamlessly.

It should be noted that any Macs sold before 2010 can no longer support the three latest Apple operating systems. The only exception to this is the 2009 iMac. This indicates that Macs can be supported by Apple up to ten years with the most updated software. However, it doesn’t necessarily mean that Mac can last for up to ten years.

Come September 2020, Apple will be launching the next version of macOS. This means that Apple will stop supporting High Sierra by this time. Macs sold before 2012 will also no longer be supported. If you check the time frame, it indicates that once your Mac reaches its eighth year, it’s time to consider getting a new one.

Now you might ask, is it really necessary for your Mac to run a supported macOS? If you want your Mac to stay protected against any security breaches, then the answer is yes. It is also possible that important software may not be able to run on your Mac without having a supported macOS.

Hence, your Mac should be able to update to the latest version of macOS for it to still be fully functional and remain protected. Otherwise, it may be time to update your Mac.

So How Long Do MacBook Pros Last?

Based on the operating systems being supported by Apple, it can be estimated that MacBook Pros can last about eight to ten years. After such time has passed, you can already consider replacing your Mac depending on its functionality.

You should also consider the likelihood of your Mac becoming faulty. If you were to have it fixed, will Apple still be able to provide the necessary parts for your Mac? It seems like Apple no longer manufactures parts for Macs that exceeds seven years of age.

Of course, you would take good care of your MacBook Pro the best way you can. However, it still can’t last forever. Considering all factors, give it around seven to ten years for your Mac to run its course. Once you find your device struggling to perform and can no longer run the latest Apple-supported operating systems, then it’s time to replace your MacBook Pro.