by Apple Gazette 9 years ago9 months ago
1 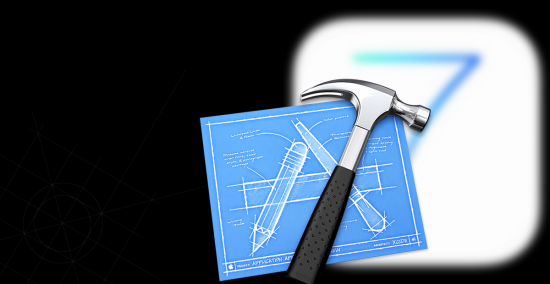 While some industries are struggling, others are rife with opportunities. In the world of mobile technology, it is a smart choice to enter into the IT field. With a plethora of different opportunities, an IT professional can find themselves managing teams, developing large-scale web applications or helping keep a bank’s network up and running at all times. With the many career opportunities for IT professionals  available, there are some that simply outshine the rest.

If you’re wonderfully young and only starting to embark on your journey as part of the workforce, or if you are looking at a career change, you might want to look at the following careers, which are in high demand and offer a very competitive salary as well as outstanding benefits. The best part is that these careers are not always tied to Silicon Valley or a specific geographical location.

Do you like figuring out complex solutions to the world’s biggest (or not-so-big) problems? If this is something that interests you, a career as an application developer may be a good choice. From working with the likes of Google, Apple, and Microsoft to being employed by NASA, there are application developer jobs just waiting to be filled.

Even better, there are many companies who are always on the hunt for good app developers. While they may not be as big as Google or Microsoft or Apple, they still pay decent wages for top developers.

Application developers will need to be able to be knowledgeable AND skilled in a number of programming languages. While every industry is different, there are a few that stand out. These include:

These are just a few of the languages that are in high demand. In this field, the media pay rate is over $72,000 per year based off of 2012 statistics.

Often confused for a programmer or application developer, software developers are more focused on the user than coding. These professionals are responsible for assessing the needs of the user and will work closely with programmers.

Being the Apple user that you are, you’d be a perfect fit for this career. You probably already live by Steve’s mantra that the user does not know what he wants, so you give him something that he won’t be able to live without at the end of it all.

Software developers will be responsible for the following:

Software developers have a very intricate responsibility. Not only are these professionals in charge of the development process, they will also work closely with customers to ensure their needs are met. According to 2012 statistics, the average software developer earned over $92,000.

Another program-related career is that of a mobile developer. These developers will normally specialize in one of the major operating systems, such as Android or iOS. The goal of these developers is to create applications and games that run flawlessly on mobile devices.

This career is probably the hottest right now, with mobile systems being so popular as they never have been before. With smartphone and tablet usage off the charts, mobile dev shops are constantly in need of skilled people. Heck, you can even start your own freelancing mobile developing business if you’re that good, and you’ll see that you won’t be lacking for clients.

Mobile developers often need to know Objective-C as well as scripting languages, such as Python or Ruby. Working with many web services is necessary with API and REST being essential to obtaining a job. Those that know general web programming standards, such as HTML and CSS will find that this is a major plus.

Object-oriented programming and a degree in Computer Science are also necessary. This career is closely related to that of an application developer and has a media pay of $74,000 per year.

The IT industry is one that is constantly evolving. While the above jobs are all related to software development, there are many other opportunities available. From database and networking professionals to project management specialists, there are career opportunities that fit into every person’s skill set.