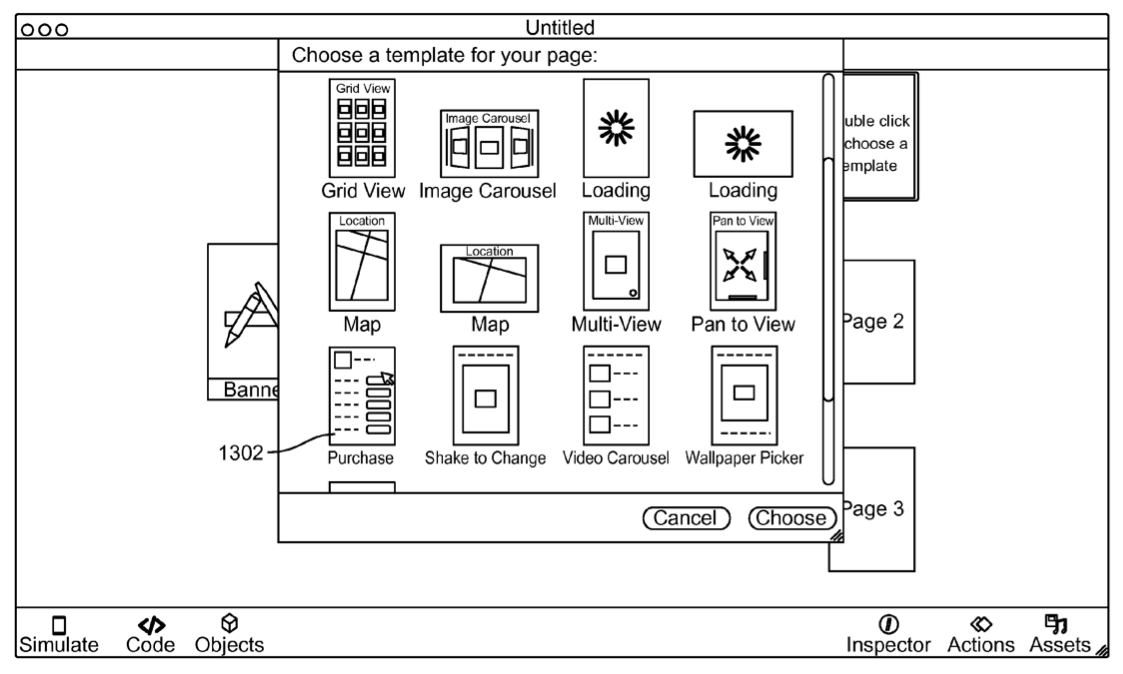 Who says only programmers should be able to make great apps? What if creating iOS apps was as easy as creating a WYSIWYG Word doc? A new Apple patent suggests that very idea — an idea so obvious, so genius, it’s going to change everything.

Apple filed a new patent last December (though it was just found by AppleInsider this week) called “Content Configuration for Device Platforms” which is essentially a graphic UI tool for app makers. If Apple makes this thing a reality, anyone will be able to create their own apps and sell them in the App Store — not just programmers.

Earlier this year, Apple did exactly the same thing for interactive ebook makers, with the free release of iBooks Author. It’s easy to imagine a similar release in the near future called something like iOS App Author, maybe, with a simple, intuitive, drag-and-drop interface that anyone can use to create apps. Users wouldn’t even have to look at the underlying code, much less write it. And advanced programmers could use this thing to blow our minds with radical new apps that were too complex to program before. According to the patent filing, the application would use JavaScript to build the code needed to create whatever apps people think up.

So… is Apple really making this thing? It’s a no-brainer! There’s no way Apple is not making it. Of course they are. It’s an Apple kind of idea. The only real surprise is that it took them this long to think of it.

The implications of this are just mind-boggling. Apple would see an overnight explosion of new apps in the App Store, and those most of those apps would hold to a certain standard of quality since Apple would no doubt create templates for developers to use. There’s another big advantage, too: Since this tool would be a Mac OS X application, Apple would be able to keep it current with the latest versions of iOS code, so it would be easier than ever for app developers to keep their iPhone and iPad apps in working order with Apple’s latest goodies. Heck, Apple could even make the thing capable of exporting iOS apps to Mac format, so users could sell their apps in the Mac App Store as well.

It would also be a magic bullet in Apple’s arsenal against Android, since Google doesn’t offer anything like this to Android app makers, either.

Of course, there’s no way of knowing when Apple will formally announce this tool, but it’s one of those really great ideas that Apple’s known for, so I can’t imagine they’d tip their hand by filing for a patent unless they were darn close to having the thing completed. At least, that’s what I hope.