The iPad For Creatives: Which Stylus Should I Use? 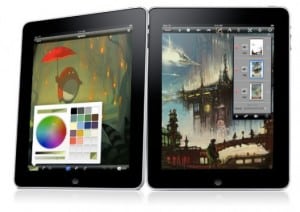 The iPad has evolved from a content consumption to a content creation device thanks to the robust amount of Apps available for creative users. Amazing works of art have been created with the iPad but many professionals question the usefulness of the device. While it won’t make you a Picasso or turn you in to a a big time commercial artist, the touch interface and App support makes creating content fun and easy.

Drawing and painting Apps aren’t in short supply on the iOS but are rendered less effective by the interface that makes the iPad so powerful: touch. To quote Matt Inman of The Oatmeal, “painting on the iPad is like painting with a fire hose.” I couldn’t agree more. Smashing Magazine took a look at some of the most popular iPad styluses â€” the BoxWave, Griffin, iClooly, Pogo, Dagi, AluPen, Hard Candy, Stylus Socks â€” and their usefulness when designing.

The general census is that tablets in their current form won’t replace pen, pencil and paper. In the interim, there are some great styluses that make drawing and note taking with the iPad even easier:

Having tried out these eight styluses, I recommend the Griffin and BoxWave for their superior sketching and writing and because they â€œjust feel rightâ€ in my hand. Although they were better than the others, they still werenâ€™t ideal for UI text. I often found myself incorporating dashes instead of descriptive text because the results were not optimal. If your sketches have limited text, then the Stylus Socks and AluPen are strong alternatives.