Apple Takes Another Giant Step In Defeating Spotify With Ed...

In one of the great tech battles of our time, Apple Music has landed a heavy blow against rival Spotify by securing the exclusive rights to stream an upcoming documentary from Ed Sheeran. Called ‘Songwriter,’ the documentary covers the songwriting and recording process for Sheeran’s chart-topping album, simply called ‘÷’ (or ‘Divide’ – the third in his mathematics-based album titles).

Set to arrive on Apple Music on August 28th this year, ‘Songwriter’ is clearly a huge win for the music streaming platform, but actually not the first documentary Apple has secured the rights to stream, with others from Flume, Sam Smith, and The Chainsmokers coming previously.

There are some who think Spotify will eventually be taken over by Apple Music, but the two will likely be neck and neck for the next few years until a clear winner is visible. Apple has often beaten Spotify by picking up popular records with exclusive streaming to Apple Music, including albums from Drake, Britney Spears, Frank Ocean, and Taylor Swift. Beats 1 is also a big draw to Apple Music, as the 24/7 radio station often streams live acts and killer playlists. Apple is also said to have at least 45 million songs in its catalog – 10 million more than Spotify supposedly contains. 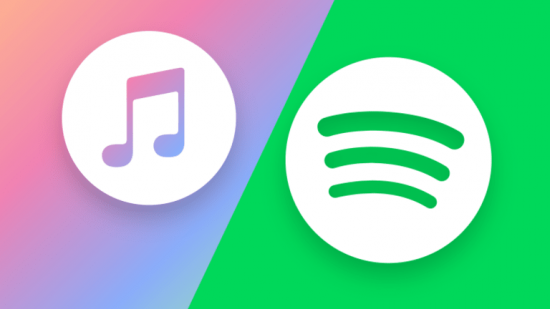 One thing’s for sure, we can all agree that Apple Music is the clear winner of Spotify alternatives when it comes to ranking music streaming platforms, as third place TIDAL isn’t anywhere close to the subscription numbers of the Big Two. Amazingly, the new album from Jay-Z and Beyoncé, titled ‘Everything Is Love,’ was a TIDAL-exclusive for a mere 48 hours before caving in and dropping on both Apple Music and Spotify.

In the end, it might just come down to which brand you’re more loyal to. We obviously prefer Apple Music, but Spotify’s catalog, price range, and special features really aren’t that different from its main competitor. However, if Apple Music keeps up its act of signing exclusive rights to albums and videos, then there’s really no telling just how powerful the music streaming platform could become. It also doesn’t hurt that Apple Music does like to take risks now and then, primarily with the renewal of another season of the (mostly disliked but popular) Carpool Karaoke video series, featuring big names like James Corden, Will Smith, Metallica, Shaq, Alicia Keys, Shakira, LeBron James, Miley Cyrus, and many more.