Did You Know Siri Can Sing?

by Noemi 7 years ago8 months ago
6

In case you missed it, we featured this website called Covers by Siri some time back, and while the idea is pretty cool, the limited choices can be quite disappointing.

But, did you know Siri can sing for real?

Ask her nicely, and you’ll have your favorite virtual personal assistant belting out a tune for you.

Redditor Grapes12345 shared how he/she got Siri to sing.

This was my conversation with Siri: “Can you sing for me” “I’d rather not” “You better sing for me” Then Siri started singing if I only had a brain from Wizard of Oz I couldn’t get this to work every time, and I don’t know if anyone has discovered it yet.

I hadn’t heard of this feature before, so naturally I immediately tried it. Alas, I might not have been convincing enough as Siri just ignores me.

It seems that while Siri can sing, she likes being unpredictable and sassy – and being Siri, she can also be stubborn.

One commenter says: “She sang if I only had a brain from the wizard of Oz for me. And she said “wait a minute!” When she got to the part about having a brain.”

Apparently, Siri sings different songs depending on the language you use to ask her to sing, as user 42177130 says:

Sometimes, it seems you don’t have to play nice. Quite the opposite actually. 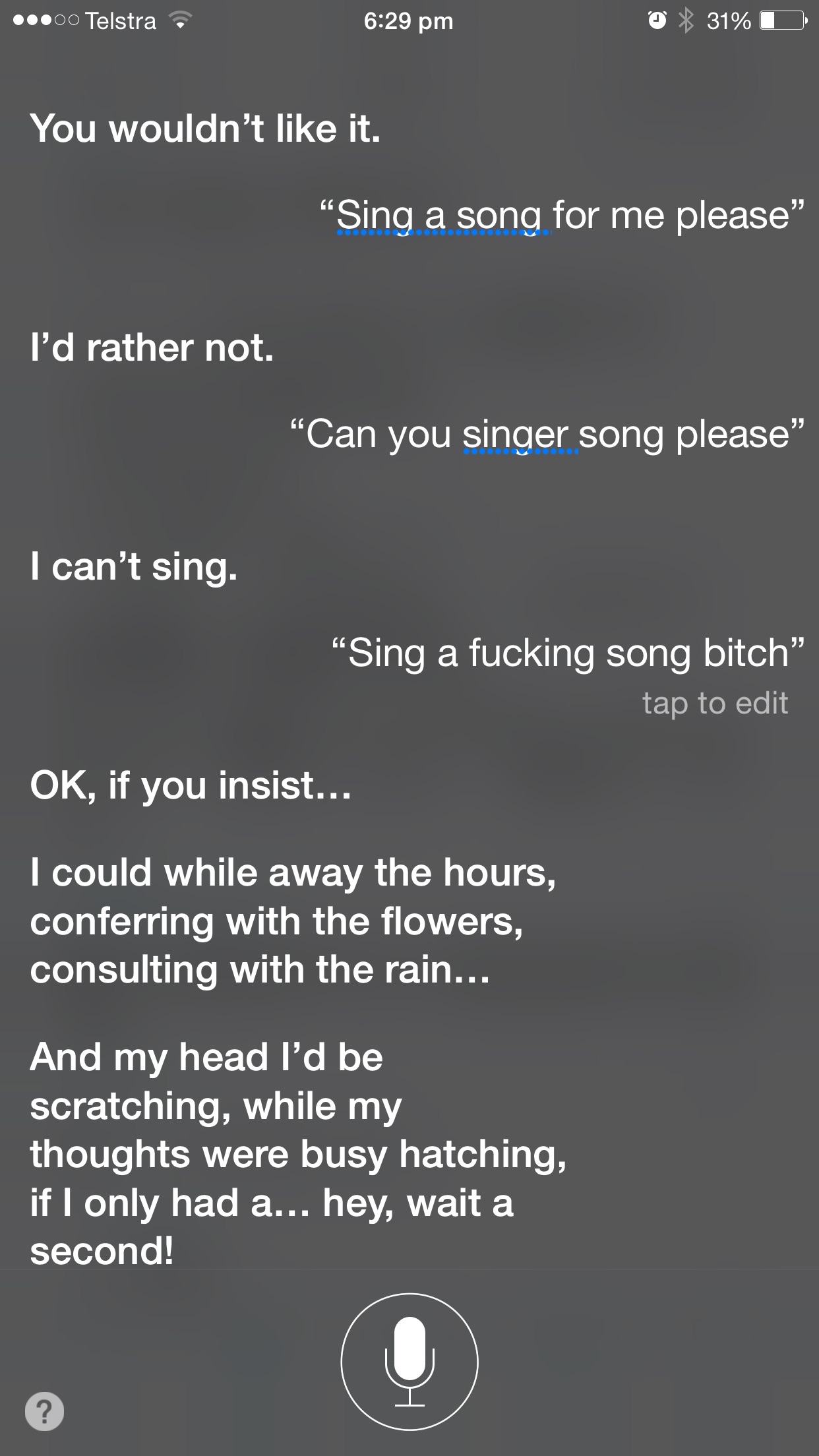 Well, let’s try this one more time and see how she responds. Go ahead, try it yourself and let us know if and what she sings. Don’t be disappointed if she can’t carry a tune, because some users say that’s the case. Siri can sing, but that doesn’t mean she can do it well.