by Alexander Fox 3 years ago2 months ago

My first encounter with Bluetooth on my Mac was a mystifying experience. Whether devices were discovered seemed to be determined by eldritch forces beyond human comprehension. File transfer was hilariously unfinished, despite theroretically existing. The magic of Apple did not seem to extend to this backwater of wireless connectivity, and I shelved it in my the back of my head with all the failed, flash-in-the-pan computing ideas that have come and gone. And yet, despite its terrible reputation, Bluetooth has clung on. Its essentially the only widely-supported wireless connectivity standard that used by all companies. A lot of this is thanks to the standard’s widespread availability and lack of patent encumberance.

But surely there must be something better? Fortunately, there is, and you need look no further than the AirPods to see it. But why is Bluetooth so bad, anyway? It’s super short range, flakey, moody, and generally a bad connection protocol. Why is it like that, though? With an understanding of the protocol’s functionality, can we do anything to improve our Bluetooth experience?

What Is Bluetooth Anywho?

Named after medieval Danish King Harald Blaatand, Bluetooth is a short-range radio-based wireless connection protocol that can be implemented into nearly any device. The standard was developed in the last 80s by a conglomerate of companies headed by Swedish company Ericsson as a short-distance radio communication protocol. Signals are hyperlocal – within 10 meters – and, with modern Bluetooth revisions, require very little power to sustain themselves. The hardware to support Bluetooth is small, and the components are cheap, driving the standard’s ubiquity. Everything from wheelchairs to headphones to electric toothbrushes have Bluetooth chips, and more devices get Bluetooth support every year.

How Does Bluetooth Actually Work?

Bluetooth is a radio-based two-way transmission standard that works similarly to FM radio. The carrier signal uses radio frequencies between 2402 and 2480 MHz to establish two-way communications between two and eight devices. There’s a “master” device, like your cell phone, which controls a “slave” device, like your Bluetooth headphones. The master streams content to the slave in short bursts, and the slave can send command requests to the device (skip track, volume up). One or more slave devices connected to a master device creates a “piconet,” which is a hyper-small network of devices communicating together.

Bluetooth also has a somewhat unique capability to implement frequency hopping, allowing both slave and master devices to change the frequency they’re communicating with adaptively.

Why Is Bluetooth So Bad?

Problems with Bluetooth stem both from the standard’s design and its implementation in hardware by manufacturers.

The Bluetooth standard itself suffers from several design-by-committee issues. For a radio communication standard, Bluetooth is incredibly complex: one poster colorfully described it as “a mating dance between scorpions in the middle of a freeway.” Instead of providing a generic communication band like Wi-Fi, Bluetooth uses device-specific profiles. Between profiles there’s massive redundancy and broken interactions, mostly from the result of multiple companies smashing the square pegs of their needs into the circular hole of the standard until they fit. 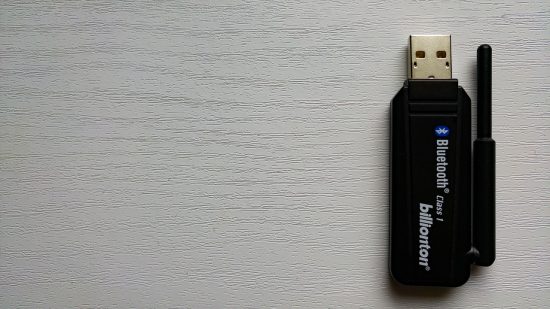 Bluetooth antennas are just as necessary as FM radio antennas. But considering the extremely close range of communications, only low-power antennas are necessary. The most basic antennas are cheap but only provide mediocre functionality.

If you know anything about the electronics market, you know Chinese manufacturers rush en masse to the cheapest acceptable components. In this case, that would be the lowest-powered antenna and firmware stack that could provide an acceptable level of functionality, leading to so-so Bluetooth on most slave devices, especially inexpensive ones. But even flagship devices suffer: there simply aren’t any great off-the-shelf Bluetooth antennas available for purchase. And even if you do, unless you design it yourself, you’ll be hamstrung by the cheap chips in most slave devices. 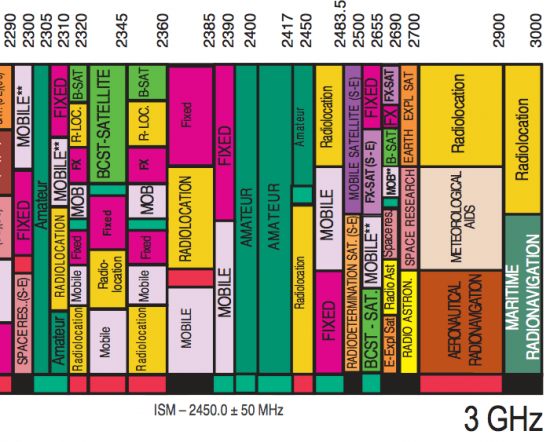 Devices pack the narrow frequency band available to Bluetooth, making clear communication challenging. Picture a crowded bus, where a dozen or more people have their own Bluetooth piconets. That’s a chaotic, packed playing field, and that can reduce signal clarity. Worse still, the 2.4 GHz band used by Bluetooth is crowded with other devices like cordless phones, Wi-Fi signals, and car alarms. If you’ve ever lost your Wi-Fi signal when turning on the microwave, it’s the exact same phenomenon at play here.

Good playback requires reliable code running on reliable hardware. The cheaper the device gets, the farther we get from that ideal. Bluetooth firmware is generally a black box running on a cheap IC with poorly documented bugs and half-implemented features, making it a challenge for device engineers to work with. Worse still, chips typically test against only a small number of device profiles, and that hides many bugs.

While things are bad on the slave device side, they aren’t much better on the master device side. No device runs a bug-free Bluetooth stack. So you frequently have a wireless interaction mediated by an overly-complex protocol between two chips that are packed to the gills with bugs. It’s little surprise that reliable operation is so rare.

If Bluetooth is so terrible, why does everyone use it? Even if Bluetooth is unreliable, it is cheap, ubiquitous, and easy to understand and implement. Sure, the implementation is far from bug-free. Consumers seem largely unfazed, however, eagerly buying up Bluetooth slave devices by the thousands. Considering all Bluetooth devices have a similar level of semi-functionality, there’s little competitive pressure to improve reliability.

However, Bluetooth might be on the way out. Consider Apple’s Bluetooth + Wi-Fi short-range communication standard used by the W-series chips. That’s a clear indication of the companies belief in Bluetooth’s future, and where Apple leads, other manufacturers slavishly follow. If we have any luck at all, ten years from now Bluetooth will rest in the technology graveyard between Real Video Player and Flash.

Stop Apps From Running at Startup on macOS

Does Your iPhone’s Battery Health Matter?