CarPlay: A Taste of the iCar?

The iCar has been rumored for quite a while, and although we probably are not going to see a Jony Ive-designed automobile on the streets any time soon, integration is getting somewhere. As has been rumored, Apple is now ready to unveil their iPhone integration system for cars. A taste of the iCar, if you will. 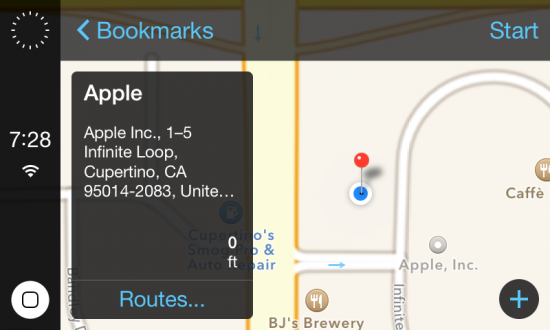 Dubbed CarPlay, the system will only be compatible with the iPhone (models 5, 5S, and 5C). If you want to be able to use it, you’ll need those phones then; also, CarPlay will come with the next iOS update, so you don’t really have to do much to enjoy it I suppose – if you have cars that have the system integrated.

That’s where the expensive part comes in.

The technology group will next week launch its first in-car operating system with Ferrari, Mercedes-Benz and Volvo as it attempts to take the lead in a fierce race to dominate tomorrow’s smart cars.

The deal marks the first time that Apple is embedding its software in devices other than its own branded products. The choice of the Ferrari, Volvo and Mercedes-Benz is seen to be in keeping with the US tech group’s high-end phones.

One can dream. That’s all I can say right now.