Apple is known for many things, not the least of which is putting a high value on milestones. And, one would think that selling its 500 millionth iPhone is a milestone! You don’t really need to think about just how significant the iPhone is – it did change the landscape of mobile phones after all. 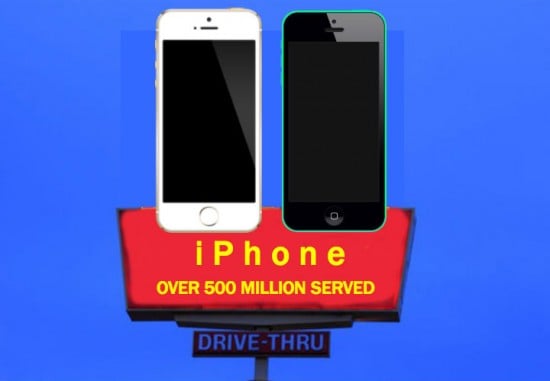 So, since the iPhone was launched in 2007 (watch the original launch and the reimagined launch here), the iPhone has come a long way…a 500 million long way. But we didn’t really hear much about it from Apple, did we?

According to Forbes, some time in the last few weeks, someone bought the 500 millionth iPhone. Who it was, where he (or she) bought it – we don’t know, but so much for all the critics and pundits who say that Apple is going nowhere but down, yeah?

We’re all waiting for the next iPhone to be launched later this year; with everyone and their mom creating iPhone 6 concepts, there really is no question about the anticipation, is there? The question is, will the next generation iPhone sell even more than what we have had so far? In spite of what the critics are probably going to say, I have a feeling that Apple will keep on going and surpass another milestone with the upcoming iPhone.