by Mel 9 years ago5 months ago 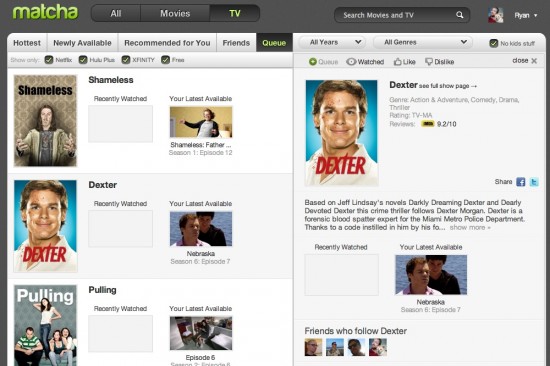 Here’s a new development from Apple that could be a sign that the company is cooking up something new.

Apple has recently acquired a startup company, Matcha.tv. The company developed a second-screen mobile app and web-based service. It basically offers a number of features to complement TV viewing. This includes comprehensive TV listings, recommendations based on viewing habits, queue creation and subscriptions to TV shows from both cable providers and streaming services.

Although Apple has not released yet how much it has acquired Matcha.tv, speculation is it was between $1 to 1.5 million, which is a miniscule amount for a company as large and lucrative as Apple.

The acquisition of Matcha.tv can now be seen as the reason why the service suddenly closed down back in May without any explanation to its users.  Although CEO Guy Piekarz did say that the company is headed towards a “new direction” in an interview with tech site TechCrunch.

Before Matcha.tv’s sudden closure, it was enjoying steady growth and was regularly getting ranked as one of the top 15 entertainment apps at the App Store.

The major speculation now is what Apple plans to do with its newly acquired property. One direction that can be seen is the integration of Matcha.tv technology with Apple TV. Another direction possible is the introduction of a totally new product or service that will employ the same functionalities as Matcha.tv.

Another possibility could involve the much-rumored iTV  — an Apple-branded flat panel television. Talk about this TV has not died down so there could really be something developing along these lines.