It Happened Again – The iTouch

by Kevin Whipps 12 years ago8 months ago
6 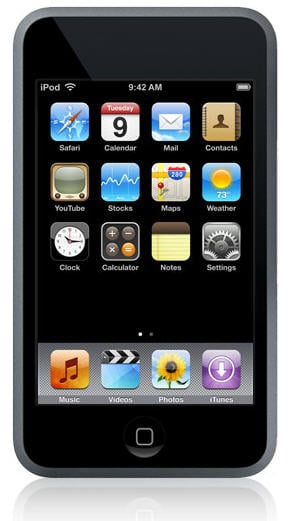 It happened to me twice on Wednesday, and at one point, I almost lost it. It was … the iTouch.

You may recall that I have a little bit of a problem with the shortened nickname that many people have given to the iPod Touch. For those who don’t want to click the link, here’s an excerpt:

But it makes me physically angry to hear the product referred to that way be seemingly everybody. I swear the next time I hear it, Iâ€™m going to get a fungo bat and start swinging.

I’m just glad I didn’t have a fungo bat handy.

It started with an early morning delivery from Fed-Ex. They had my iPad Camera Connection kit, and I was stoked. The driver says to me, “So what is this? IPhone? IPod?”

“Umm … it’s either a case or an iPad camera connection deal,” I say.

“Oh good. I’ve got an iTouch. Two of them, actually, and I love them.”Â With that, he left and I figured I’d never see him again. I decided to be mature and let it go.

Not an hour later, I go to Facebook to see how things are going in the world. That’s when I see my friend’s status update:

forgot my i-touch , now i have to listen to peoples stupid comments . need my music so i dont go crazy .

Oh good, and he even hyphenated it. How nice. The hairs on my neck started to raise.

Later in the afternoon, the doorbell rings again. It’s the same Fed-Ex guy, this time with my Bumper, the one I’m going to return. Sure enough, he brings up the “iTouch” again, and once again, I bite my tongue. Drove me nuts, but I did it.

So now, I’ve made a decision. Apple just needs to change the name to iTouch officially. That way, not only do I get to keep my sanity, but everybody gets to keep calling it what they’ve already been calling it for the past year or three. Until that happens, I just want to make sure that everybody knows not to keep any sharp objects, bats, or shovels anywhere nearby. Because the next time it happens, I will not be responsible for my actions.