Is the iPhone 5C A Failure? 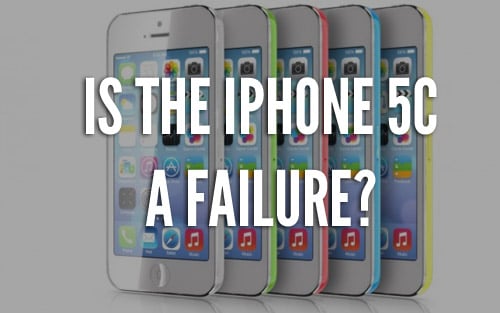 When Apple released the new iPhone models back on September 10th, many saw the new iPhone 5C as the cheap iPhone everyone has been talking about. Complaints about the 5C started immediately and have persisted through to today, with comments about Apple cutting orders of the colorful brother to the iPhone 5S and how many more 5S models sell than 5Cs. While there are some valid points here, it doesn’t seem fair to call the iPhone 5C a failure just yet, though.

Why the iPhone 5C? 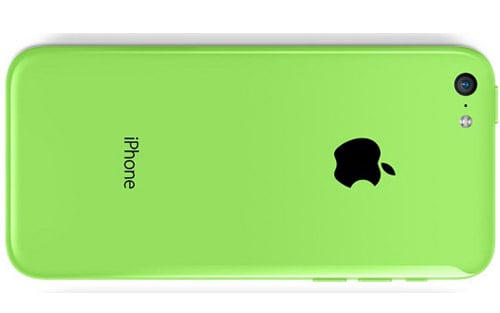 The general consensus about the iPhone 5C is that it’s the long talked about cheap iPhone that’s meant to reach into new markets and gain new customers. This is the main sticking point for many people, and why the 5C has been called a failure.

The major issue with this is that the C in the iPhone 5C’s name doesn’t stand for cheap. It stands for color. Even though this phone has a plastic body it isn’t the cheap iPhone everyone seems to keep calling it. The 5C is meant to fit in with Apple’s standard pricing model as one of the steps in pricing.

Think about the iPhone 5C less as a way to gain more customers and more as a way to sell existing customers a phone that is cheaper for them to make than the expensive 5S. This isn’t a phone to gain customers that don’t have wireless subsidies or need a cheap device. This is a way for Apple to increase margins and to get a better profit per device. 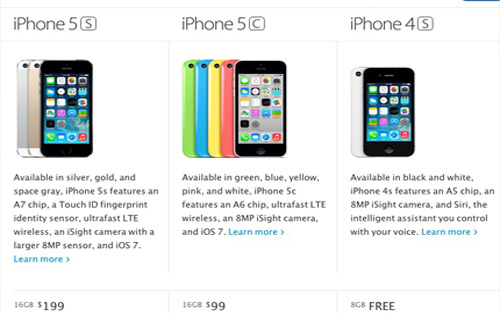 While the 5C is less expensive than the 5S, this is just a regular pricing model for Apple. Normally Apple keeps a free device that’s usually an older iPhone (like the 4S), a mid-priced device that’s usually the last model released, and finally the new, top of the line model. Apple moved away from this standard by getting rid of the iPhone 5 and replacing it with the 5C. This is done so Apple can make more per device, not to make a cheap phone.

Of course Apple will sell more of its high-end phone, they always do. The 5C is there to give people a slightly less expensive model while still giving performance. By no means was it meant to be cheap.

So, Is It A Failure?

The iPhone 5C is 100% NOT a failure. Apple made this to cannibalize some of the 5S market so they could get better margins on each device, and that is exactly what it is doing. The 5C wasn’t specifically created to be cheap for consumers, or even to steal Android users. It was made to give Apple a good, solid profit while giving the user a sleek, colorful phone.

Since the iPhone 4, Apple has been using more and more expensive materials to craft the iPhone. Glass and aluminum cases cost money, and each time they choose a more expensive shell, the profit per device goes down. The 5C replaced the iPhone 5 so Apple could continue offering the $99 phone while still turning a good profit.

The iPhone 5C is doing exactly what Apple planned for it to do. As for the cutting of orders by Apple for the device, this is merely over planning in case the phone caught on more than they had planned.

The 5C is new territory for Apple, but that new territory is definitely not cheap. The iPhone 5C is all about giving the user a cool, colorful device while making sure Apple has the profits it needs to keep creating the amazing devices it does.