Since the Mac’s inception typography has played a monumental role at Apple. Designing the first digital typefaces for the Mac was influenced by the analog world and later sparked a war between Adobe. The progress made at Apple in developing typefaces has formed digital typography into it what it is today. The info graphic I designed, or as I like to call it, the “typographic” below shows the Apple’s history of typography from the early 80’s to today.

Please click on the image for a larger version. 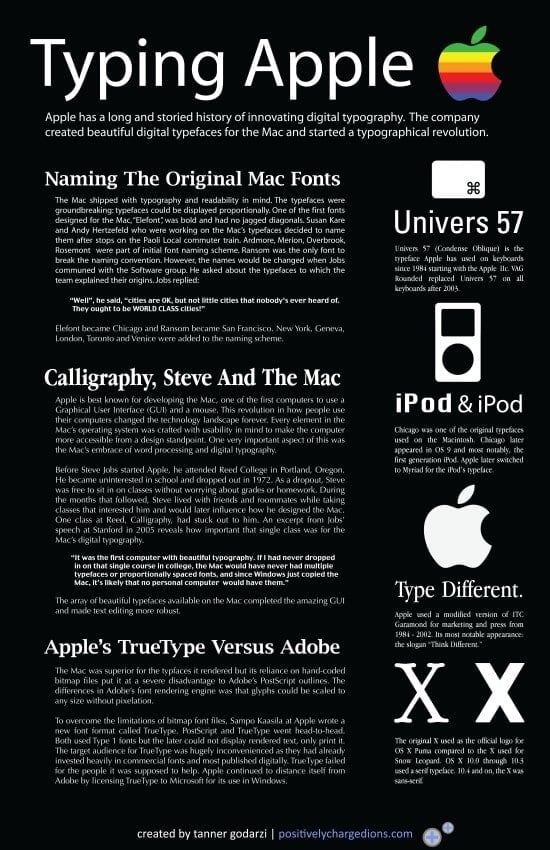