3G Calling on Skype is Free … For Now 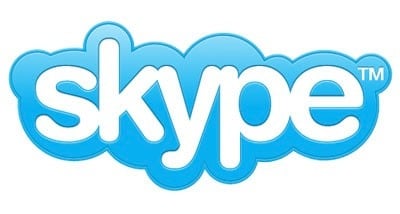 Got Skype on your iPhone? Well check for updates, because now you can officially use Skype over your 3G connection. That’s going to save you a ton of money, right? Well, kinda. PC Magazine has the scoop:

With the release of Skype 2.0 for the iPhone, users are no longer restricted to WiFi only calling. Skype-to-Skype calls over a 3G connection are freeâ€”for now, at least. The company has indicated that it plans to begin charging users for these kinds of calls beginning in September, but the service won’t come in the form of a “buy a chunk of minutes” option akin to the company’s Skype-to-landline or Skype-to-mobile calling services.

Instead, users will pay an undisclosed monthly fee for the ability to fire up Skype on their iPhones and call out to other Skype users. That’s in addition to whatever fees or prices they already pay as part of their various calling plans with AT&T.

Skype-to-Skype calls over a WiFi connection will remain free, and it’s unclear whether users will pay a fee in addition to paying for Skype minutes or unlimited calling plans when trying to make Skype calls to landline orÂ mobile phones over the iPhone’s 3G connection.

This is most likely not Skype’s fault, and I say that because Verizon users don’t have the same issue. So ultimately, this comes down to the evil empire, AT&T. They don’t want you to use their network – the one you already pay for a data plan on, by the way – to make a phone call that they could charge you for otherwise.

Apple needs to move away from AT&T. I’m sick of it, I have friends who are sick of it, and I’m sure that Apple is tire of putting up with their crap as well. I just hope the next provider has some common sense.