With the purchase of Beats, Apple also took on the moderately popular Beats Music service. While the service has remained mostly untouched since the purchase was completed in August, small changes are creeping in that could give Beats Music a huge advantage to competitors like Spotify.

The biggest of these changes is the ability to use Beats Music on your Apple TV; making Beats the first on-demand music service available for the device. This may seem small, but Apple TV users are a loyal crowd that get as much use out of the $100 hockey pucks as they can, which puts Beats Music in a very lucrative position.

The Problem with Downloads

As the MP3 gained popularity and compact disc sales started to waver there was mass hysteria in the music industry, with many feeling that the industry could collapse with the distribution of free music. This obviously wasn’t the case and Apple proved that music sales were still viable with the iTunes Store. 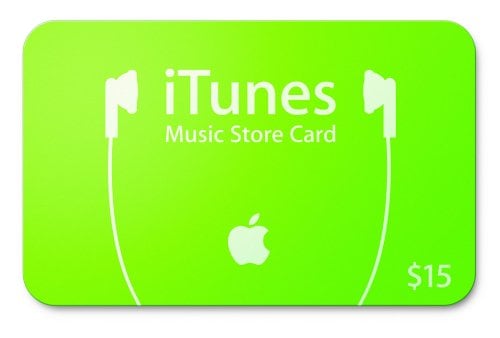 Nothing lasts forever though, and music downloads started to see a decline in the first part of 2014 to the tune of 13%. Digital on-demand streaming services like Spotify and Beats Music on the other hand, saw a 42% increase.

Beats Music is the only on-demand music service with an official Apple TV app, and while you can use AirPlay to get any music you want to Apple TV, having the App present is a big deal.

Not only does Beats Music have an official Apple TV app, but you can subscribe from inside the app, something that is disabled in just about every other on-demand music app. Beats can do this while others can’t thanks to Apple’s pricing structure with in-app purchases. Since they own Beats, they can sign users up with iTunes subscriptions without losing any money; something that Spotify just can’t do.

In the long run, it doesn’t make sense for Apple to keep a Beats branded app when everything else they have is branded Apple. From Pages to Keynote to iBooks; everything has that Apple feel and branding.

So while Beats is still currently it’s own app, it only makes sense to merge the service into Apple’s already-robust lineup of services. So does this mean Beats will become absorbed into iTunes? Well, the answer isn’t as easy as yes and no, but they will ideally work more closely with one another.

Sure, it’s great to be able to use Beats on various devices and not worry about needing iTunes or an Apple device, but to make the service ubiquitous with all iOS users, it needs to be more engrained in Apple’s devices and applications, but an ancillary thing that Apple asks you to install when setting up the device.

Beats will most likely keep their name, but will see their design get a major overhaul to fit more in line with Apple’s design ethos.

A Good Time for a Change

Apple has three different choices that make sense for Beats. Number one, they can keep things as-is and leave Beats as it’s own standalone product that works well and has a leg up with the competition.

Two, they can take beats and absorb it completely into iTunes. This is probably the least likely end result, as iTunes has already become sluggish and overfilled with features, so adding yet another piece to it would ideally be too much.

Three, Apple can pull the music streaming and purchasing out of iTunes and roll it into the Beats app, creating a new all-in-one application that separates syncing and apps from music on-demand and radio. In my opinion, this is the most likely solution.