What is so hard about making a webcam for Mac? 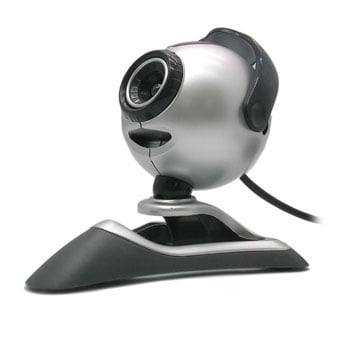 I’ve been getting ready for Macworld, and since I have a young child at home who has made it clear that my going to San Francisco for several days is not the greatest thing ever, I have been trying to find a webcam for our Mac Mini.

I might as well be trying to find plutonium.

I have tried no less than 5 webcams at this point. Logitech makes several that, while they don’t support Macs on the box, do have drivers that are supposed to work for OSX. The problem is that even though Version Tracker says its compatible with Leopard, it doesn’t seem to be. I have tried two Logitech Cams and I even got one to work for a few minutes inside a software app using the mac cam open source driver, but even that didn’t solve the problem, because it wouldn’t work in ANY video chat application on the Mac.

Now mac cam is a great idea. A group of open source developers got together to start making drivers for webcams because the companies that make those webcams weren’t doing it. My guess is that the thing just hasn’t been updated for Leopard – but I’m not sure – because all 5 of the webcams I tried were various brand names that were supposed to work with mac cam installed, and not one of them did in any sort of useable way.

Ultimately, what I had to do was hook up my digital camcorder to the Mac Mini via firewire and use that to work as a webcam for this trip. It’s hardly a permanent solution since the bulky video camera can’t sit nesseled on the top of the Mac Mini’s monitor, but it will have to do for now – I can’t find another option.

I understand that there isn’t a huge market out there for Mac webcams since Apple includes a webcam for almost every Mac product they have (except, of course, the Mac Mini), but still – is it REALLY that hard to write a driver? Is it SO hard to do this that companies can’t even begin to provide a solution for the Mac Mini owners out there?