Review: Smurfsâ€™ Village: Farming in Blue and Finally a Really...

by Franky Branckaute 12 years ago10 months ago
1

Capcom has entered since a while the freemium game already and now has chosen to endorse the oh so addictive, and popular, farming scene. The biggest difference this time though is that Capcom’s farming game good-looking, well thought out is and has a nice nostalgic touch.

If you’re older than 20 you probably have heard of the Smurfs and maybe even grown up with the little blue dwarfs, created by Peyo. The popular game company licensed the rights to the Smurfs and recently released Smurfy Village. 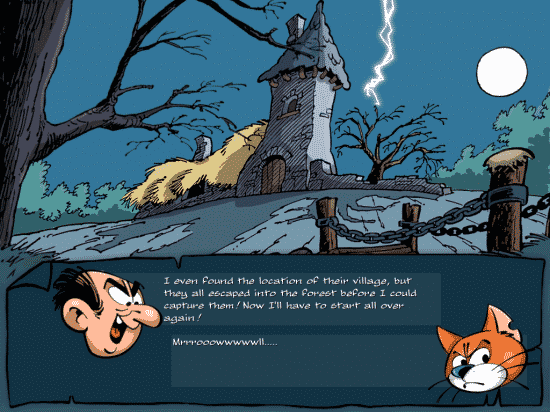 The story is well known: Gargamel, the sorcerer, has discovered the village of the Smurfs and Papa Smurf and his disciples had to move and build a new village in the forest.

While the game has all annoying Facebook spam habits and wants you to connect with your Facebook account in order to spam everyone’s newsfeed (something they apparently managed to do successfully with more than 200,000 monthly players in little more than two weeks), there is no game on Facebook available.

I must admit that I tend to stay far away from farming games and their addictive mechanism, especially with the ability for them to send Push notifications, reminding one that you need to return and continue farming. Smurfs’ Village has a special kind of charm though, thanks to the almost perfect design. 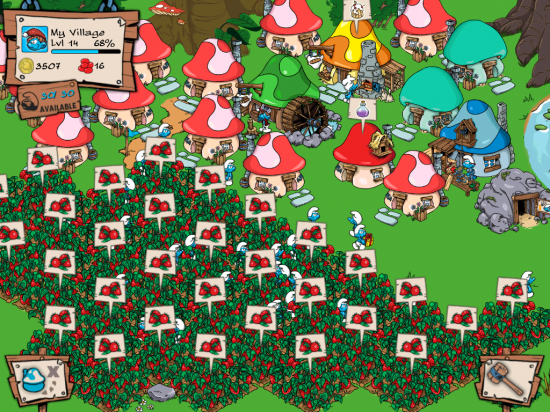 Not only did Capcom completely nail the Smurfs’ spirit, also the general design and UI of the game are beautiful and a joy to use on the iPad. I had wished that one could have zoomed out more, gaining a view of the completely village once larger.

The game’s dynamics are different to games such as Farmville and Zombieville as well. Rather than farming on all available farm ground and spend all your available credits on craps, Smurf’s Village uses the dynamics of real time strategy simulation games and you can only farm as many fields as you have crops.

The game is also full with mini-games such as Greedy’s Smurf Baking game and while they are entertaining, they quickly becoming boring. After the third play or sooner even. 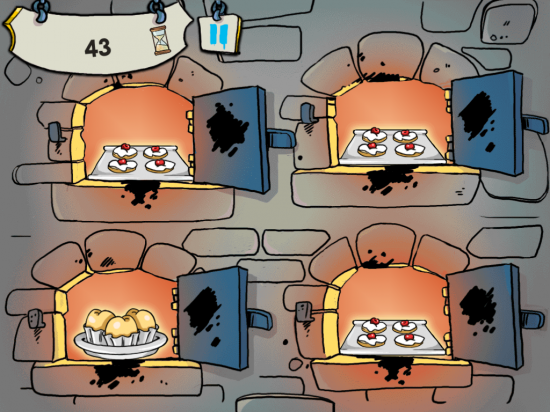 As most other farming games, Smurf’s Village also has in-game credits to speed farming and building up and buy more items. The main thing about Smurf’s Village is that the game is very well designed and is a real p-leasure to navigate.

If farming apps are your thing this might be a nice addition to your collection and even to your Facebook newsfeed. All in all we do think that Smurf’s Village a cool game is for kids but like any farming game it is massively boring and leads to very much nothing.

While the graphics are nice and it is nice to see Capcom revive the Smurfs, we fail to attribute more than 2 stars for this game because in all honesty, farming games are the new fart apps.