If You’re Buying Beats Headphones, You’re Paying Too Much

by Alex Thomas 6 years ago1 month ago

A couple years ago Apple bought Beats Electronics for $3 billion dollars. The company, founded in 2006 by rapper Dr. Dre, made a quick rise to prominence. And while you’ve probably heard this before, Beats headphones are cheap in the way that they’re manufactured and the products that they use. They’re more a fashion accessory than an actual functioning set of headphones. In a Huffington Post article from about a year ago Ben Einstein tried to figure out just how much it costs to make a pair of Beats headphones. He estimated just less than $17 for a set that he paid $199 for. Boom.

WHAT WILL THEY THINK OF NEXT?

But with the iPhone 7’s no-headphone-jack Apple has cashed in on their Beats buy. Almost any time you google “wireless headphones”, you’re going to get a result for the Beats wireless headphones. A perfectly-timed acquisition and release for Tim Cook.

Passion is the greatest strength. @RSherman_25 is #READY pic.twitter.com/7zXRQyeu7h

There are two reasons that Beats can charge so much and neither reason has anything to do with the sound. Firstly, Dr. Dre and his partner Jimmy Levine cashed in on their reputations. Headphones by a rapper? Wonderful idea. If Quentin Tarantino released a blue-ray player it would fly off the shelves. That’s how the world works. Secondly, they’ve run a marketing campaign that is spectacular. They’ve brought celebrities on board and they’ve almost redefined product placement. Try to count the number of music videos when you’ve noticed a pair of Beats headphones or the red Beats “pill” in the background.

The sound driver in Beats headphones is generic and though they’ve made a few changes, these still don’t really live up to the other top brands. They first tried to court serious audiophiles by introducing the “Beats Studio” headphones. These were more expensive, retailing at over $300 but they still weren’t attracting people who needed a hard wearing set of headphones. They changed the driver in the Solo 2. That was nice but it still wasn’t everything that we needed. Now they’ve gone bluetooth and though we’re all soon going to need bluetooth headphones, I doubt that Beats will ever make the wishlist of serious music junkies. Especially those who tend to listen to music outside the heavy bass spectrum.

Beats will quite simply never live up to the quality of other headphones that linger in the same price range. They are decent but you’re paying for the iconic “B” on the side. If you can find a pair for less than $40 then I would definitely pick them up. If you actually want a great pair of headphones, here are a few alternatives. 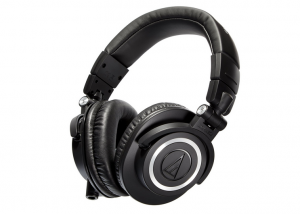 Audio Technica – I’ve been aboard the Audio-Technica train for a long time. These sound incredible; as in you didn’t realize how great Adele sounds before you listened to her on a pair of these. They carry a hefty price tag but they’re worth every penny. 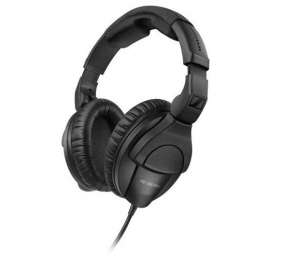 Sennheiser – These babies purr. That’s really the only thing I can say. If you’re serious about your music and you expect to get the best sound possible without breaking the bank, I’d grab these.