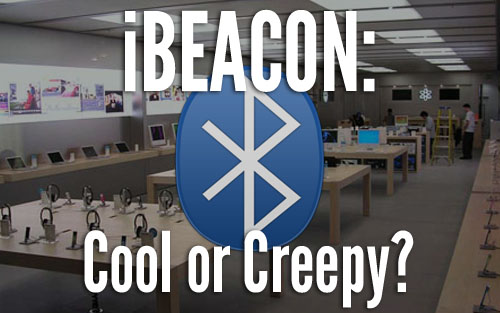 This past Friday Apple enabled location-aware transmitters in all of their U.S. retail stores. Called iBeacon, this service works via Bluetooth and the Apple Store App for the iPhone to get location-based information when arriving at one of their stores.

The iBeacon system is far more precise than GPS-based methods for finding exactly where someone is in the store. While iBeacon could be a boon to increasing customers’ ability to help themselves in a store, there could be far more nefarious intentions involved.

Apple’s iBeacon system uses a network of low-powered Bluetooth transmitters stationed at specific locations throughout a store. The Apple Store app measures the signal coming from each and can then tell exactly where the user is in the store. Unlike using GPS or WiFi to know when someone enters a store this system is so precise that it can tell what display a customer is standing in front of.

All you need to do to enable iBeacon access is to update to the newest version of the Apple Store app and keep Bluetooth turned on. You’ll need to enable In-Store notifications but after that, you’re good to go.

The iBeacon transmitter itself can be a specific piece of hardware dedicated to that use or any iOS device that uses low power Bluetooth (Bluetooth 4.0). This means that any iPad or iPhone in the Apple store can effectively be an iBeacon.

What iBeacon Means For Business

Apple isn’t the only company that can take advantage of iBeacons, even though they’re the first to use them en masse. A department store could have an iPad at every checkout counter that works as an iBeacon, allowing customers to check themselves out using their iPhone once they get to a specified location in the store. 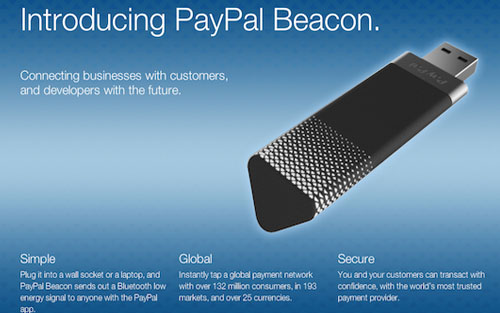 Museums, art galleries, and even amusement parks could all benefit from the iBeacon technology. Anywhere that location matters is a prime candidate for this new location technology.

Along with giving information at specific locations, iBeacon could also be a replacement for near-field communication (NFC) technology. By requiring very specific location, payments could be handled via Bluetooth when in range of a specific sensor. This means that a device doesn’t need to have an NFC chip any more and that payments could be handled by the Bluetooth system that every smartphone sold today has built in.

This seems like one of the best advances in location awareness since GPS, but is there a down side? 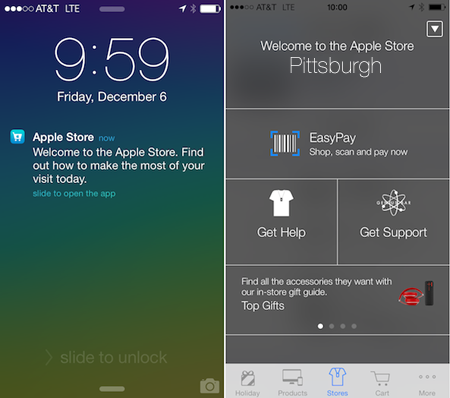 Advertising has become so tailored and matched to our activity that a simple visit to a gaming website means you’ll have a weeks worth of ads for new Xbox accessories and PlayStation games. If this type of targeted advertising can be done via web history imagine what could be done when a store knows your exact location in it.

The store app could realize you spent an inordinate amount of time in front of button-up shirts and send you ads for those. While the idea behind targeted ads seems like a great one, things aren’t always what they seem.

Along with targeted ads, what’s to stop a retailer from having their store app report back on your movements through the store? The store could feasibly use that information to alter how the store is laid out and make it more profitable. There’s nothing outwardly nefarious about this per say, but it is somewhat unsettling knowing that your every motion in the store is being studied.

Moving away from retail stores, this technology could be used in casinos to build better people traps. If the casino owners see numerous people leaving via a specific exit, what’s to stop them from removing that exit or putting more slot machines in that path? This could lead down a very slippery slope. 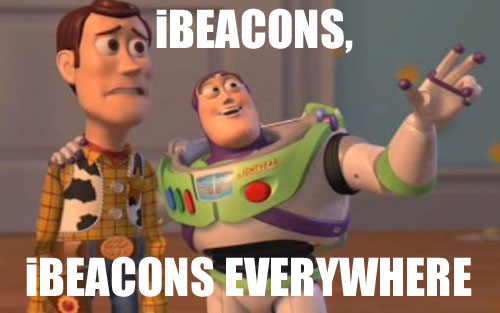 Is iBeacon Worth It?

So, with all the possible privacy issues and creepy targeted ads, is iBeacon worth it? As long as privacy concerns are covered and dealt with, iBeacon could be one of the biggest advancements with in-store shopping since self-checkout at the grocery store.

With more and more people using their smart phones when in-store for price comparison and to read reviews and features, iBeacon could make this easier and could give the tailored experience that the store wants its customers to have.

Above this, iBeacon could standardize mobile payments and increase interactivity throughout stores and other facilities. iBeacon is poised to make a big splash.

This is one of those times that you need to be aware of the negatives but embrace the positives. While nothing is guaranteed and the better option doesn’t always win out, things are looking good for Apple and iBeacon.