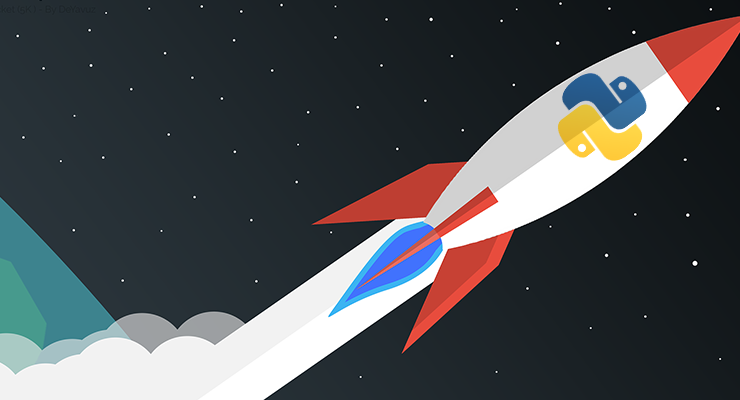 Python is a very Mac-style language. It ditches many of the syntax conventions of traditional programming languages in favor of human-readable code, tab-based hierarchy, and abstracted memory management. It’s a great first programming language especially, which leaves a lot of folks looking for explanations on how to perform tasks that are apparently so simple, no tutorial thought to explain them. Run a Python script on macOS is often one of those things.

If you’re not familiar with the language, you can recognize scripts written in Python by their distinctive “.py” file extension. Python scripts can be executed in a couple different ways, depending on what tools you have at your disposal.

Run a Python Script With Terminal

This most universal method uses only built-in tools and utilities.

1. Take note of the path of the Python script in Finder. If you’re not sure what the path is, you can find out easily. Right-click on the file while holding down the Option key and select “Copy … as Pathname” to copy the path to your clipboard. 2. Type the following command to execute the script:

By default, macOS comes with Python 2.7.3 installed. That’s not the newest version of Python, however. If you’ve installed Python 3, you’ll have access to a few more software tools. These include the Python Launcher, a GUI program that runs Python scripts. If it is installed on your Mac, you can run Python scripts from Finder. 2. Right-click the file and select “Open With -> Python Launcher” from the context menu. You can also adjust the Python Launcher with a few additional options. With these options, you can select your version of Python, enable debugging tools, and adjust how the script runs. These options will be mostly of interest to those with some knowledge of the Python programming language.

Run a Python Script with IDLE

Python files can also be run within the Python IDE, IDLE. For Python programmers working within the integrated development environment, this makes sense. But if you’re just looking to quickly launch a script, it’s like lighting a cigar with a cruise missile. Impressive, perhaps, but not what you might call “necessary.”

Installing and Using Python 3 On Your Mac