It is no secret that Apple is prepping a new streaming music service to challenge the likes of Pandora and Spotify. After all, most analysts believe that was the whole reason the company spent $3 billion acquiring Beats last year in the first place. While Apple’s plans for the new service remain shrouded in mystery at this time, sources are now indicating that it could launch as early as next month, and it could be bringing back one of Apple’s few failures in recent years – the half-hearted attempt at a music related social network known as Ping.

According to a report at 9to5Mac, the new streaming service will drop any reference to Beats at all, and will instead be simply called “Apple Music.” Like other services of this type, Apple Music will provide subscribers with access hundreds of thousands of songs that they can listen to on demand. Sources say that service will carry a price tag of $9.95 per month, and that it could be unveiled at the Worldwide Developers Conference in June, with an official launch just a few weeks later.

Sources also indicate that one of the key elements to Apple Music will be pages that are actually controlled and updated by the artists themselves. These pages can offer fans information about upcoming album releases, sample tracks, concert dates, and more. The artists can even use them to simply post their thoughts on various topics of interest, the music that they are personally listening to, and so on. In a sense, it will be a social network that allows musicians to interact with their fans, who can also write comments of their own and share postings too.

If any of this sounds vaguely familiar its because artist pages were also a big part of Apple’s failed Ping social network. Launched back in September of 2010, Ping was meant to be an elaborate system for sharing musical recommendations with friends. It was thought that the service could become a platform for discovering new music, and provide musicians and studios with a method for interacting with fans. It launched promisingly enough with 1 million members in 23 countries, but never really caught on with iTunes users who were already using other social networks to achieve the same goals. The service was shuttered in 2012 and replaced with Facebook and Twitter integration within iTunes instead.

The Apple Music version of artists pages sounds very similar, although unlike with Ping, individual users won’t have their own pages as well. Instead subscribers will be able to follow their favorite musicians and get the latest scoop on impending releases, upcoming tour dates, and other projects that the artists want to promote. 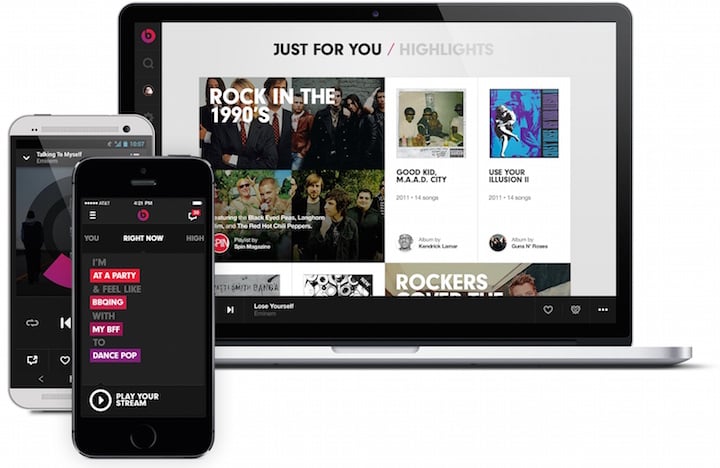 Apparently, there will also be an option to disable these artist pages as well. In a recent release of the beta version of iOS 8.4, which will come with a completely redesigned music player, developers have discovered a toggle switch under the Restrictions Settings panel labeled “Artist Activity.” It is thought that this could be linked to the Apple Music service, and by switching it off, the pages of individual musicians will not be visible.

Obviously, some of this remains pure speculation at this point, but as we draw closer to the launch of the service, Apple’s plans seem to be getting clearer. The fact that the revenue for streaming music has actually surpassed that of downloaded songs is an indication of where the industry is headed. Subscriptions are now the key to making money in the music industry, and Apple isn’t about to let that opportunity slip through its fingers.

How the Apple TV is Becoming More Important to Apple