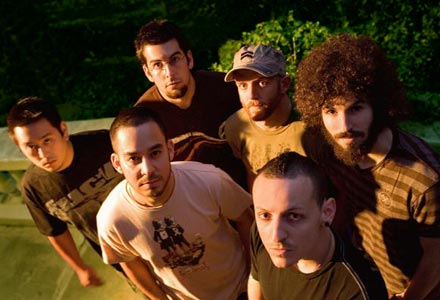 Mike Shindoa on the band “Linkin Park” hinted on his blog this week that the band was playing a super secret event for Apple – which, of course, the internet turned into, “Linkin Park playing at Apple Special Event – I wonder what new products will be announced there” – but that wasn’t the case at all.

Last night Linkin Park played the Apple Soho store after midnight. The audience of the event were mostly contest winners and industry insiders, and the entire event was filmed for release on iTunes later this year (most likely March). When the video is released it will feature songs such as “Wake,” “My December” and “Bleed It Out.”