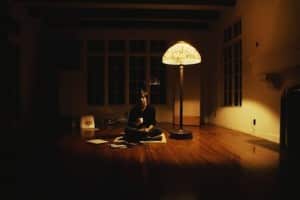 The death of Apple founder Steve Jobs brought to light many facets of his life. And one of these is his great belief in minimalism. In fact, it is a philosophy that he has followed when helping develop many of the products Apple released all throughout the decades.

Minimalism is a very strict design aesthetic where things are stripped down to the fundamentals. It eschews any kind of feature or element that is seen as a distraction or a complication to a basic design. Steve Jobs firmly believed in this kind of design philosophy and it is something that he not only applied to all his decisions while working at Apple, but also to his life as well.

Take a look at the iPod. It is a marvel of simplicity. A rectangular device with a screen and a circular controller.Â  You donâ€™t see any kind of overt printing on the face and yet the controls are still intuitive that a child will easily learn how to operate it. Thereâ€™s practically no learning curve. The iPod is a testament to Jobsâ€™ desire for neatness and simplicity. The iPod perfectly reflects Jobsâ€™ view on industrial design. To him industrial design should be viewed less as a science but more of an art.

Artistic eye certainly plays a big part in designingÂ Appleâ€™s products. Just look at the iMac and how simply stunning it looks. It is almost sculptural in its aesthetic, with hardly a button visible when you view it straight on. Jobs knew that a wonderfully designed product will make people desire to get it even without knowing if they have any use for it. Thatâ€™s why whenever we see a new Apple product being unveiled the reaction is immediate â€“ â€œI want one.â€

Jobs is notoriously minimalist even in his personal life. In an interview, former Apple CEO John Sculley recalled a visit he made to Jobsâ€™ house.

â€œI remember going into Steveâ€™s house and he had almost no furniture in it. He just had a picture of Einstein, whom he admired greatly, and he had a Tiffany lamp and a chair and a bed. He just didnâ€™t believe in having lots of things around but he was incredibly careful in what he selected.â€

Only a few people would take minimalism to that extreme, but Jobs made it look so elegant and civilized. He deliberately went against the blatant consumerism that most of us have fallen victim to. Itâ€™s ironic that his own beliefs in minimalism and how he applied it at Apple have made us covet his products more.

Thatâ€™s a genius at work.