Apple sued (yet again) over iPod and iTunes 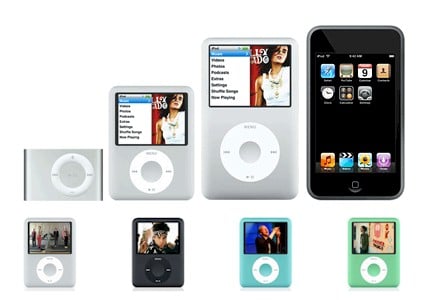 ZapMedia who filed for a couple of patents in 1999 for a “way of sending music and other digital content from servers to multiple media players”, which were granted in 2006 and Tuesday, respectively, are suing Apple over the iPod and iTunes.

The lawsuit, which was filed in East Texas (which is apparently the frivolous lawsuit capital of the world) demands royalties on Apple’s iTunes and iPod sales.

“When someone takes our vision and our intellectual property without a license after several attempts, we have no option but to protect it through every means available to us,” Robert Frohwein, ZapMedia’s general counsel, said in a statement.

Personally, I’m beginning to think the US Patient office needs to just stop operations. More and more they are issuing patents for extremely generalized ideas that serve only to be the basis for these ridiculous lawsuits.

ZapMedia is not going to get royalties on a single iPod or iTunes sale…ever. It ain’t gonna happen. This just another waste of our court system’s time, and a continued problem that seriously needs some kind of reform.