This new case that seems to be the trend among teens nowadays is just plain stupid, though.

The iPhone 6 gun case is, well, just what is says: an iPhone 6 case that is shaped like a gun.

Nothing can go wrong, right?

As reported by The NY Daily News, the NYPD strongly suggests NOT buying the iPhone 6 gun case (no sh#t, Sherlock) as it poses a “danger both the lives of those who carry it and the police officers whose job it is to rid the street of illegal guns”.

Additionally, president of the Patrolmen’s Benevolent Association Patrick Lynch says, “The money that is earned from the sale of this case is blood money earned from the blood of the person who is foolish enough to carry it”.

While there are strict policies and SOPs on how cops handle firearms and individuals they encounter who carry firearms, the iPhone 6 gun cases just adds to the whole mess of an issue. Take a look. 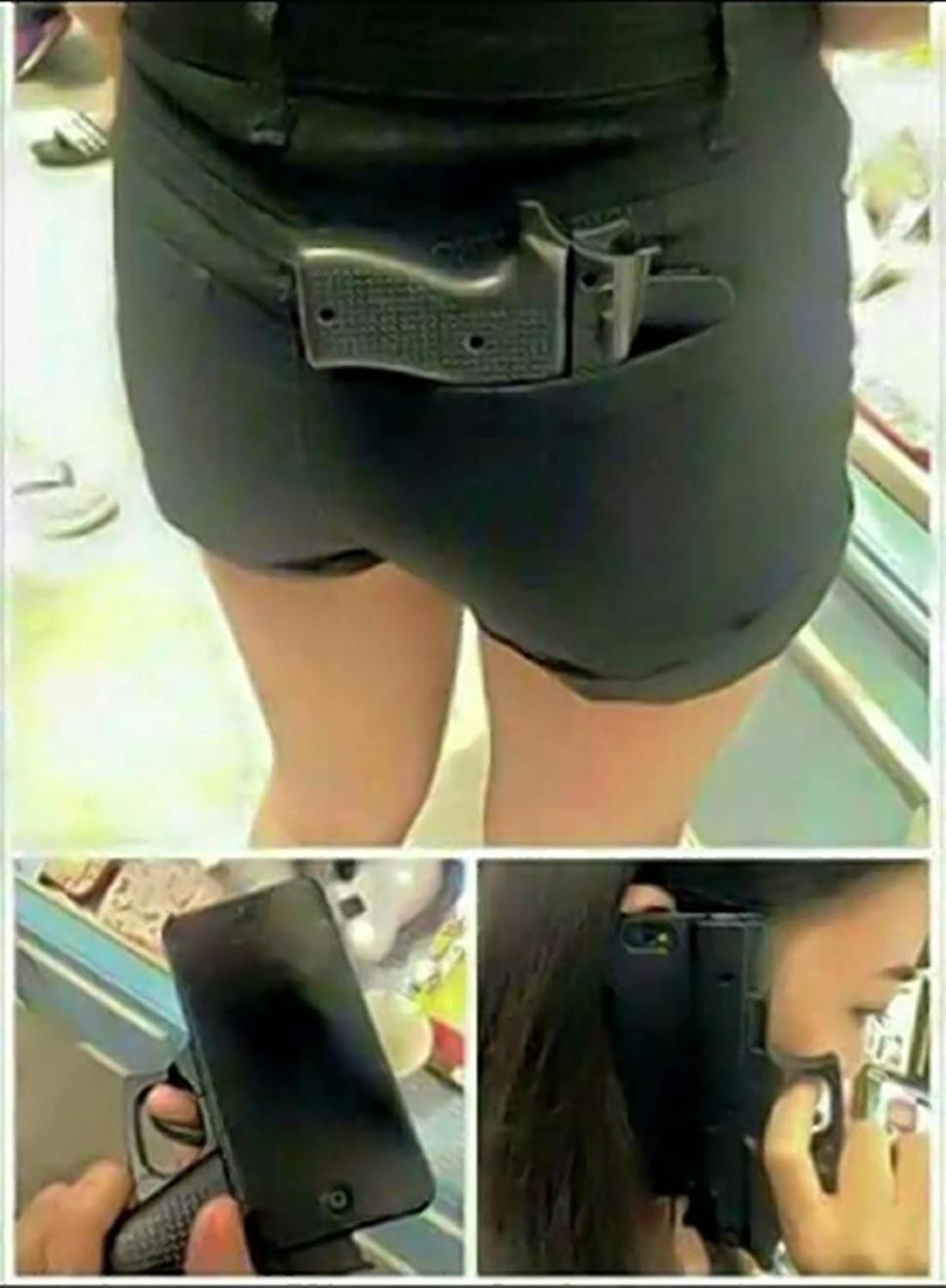 But shouldn’t cops know better? Shouldn’t they be able to spot a fake gun from a real one?

Brooklyn community activist Tony Herbert chimes in, saying, “If I were a cop and it was dark and I saw this (case) on a person, my first thought would be to pull my gun and defuse the threat”.

This case can be bought from street vendors and online. When I searched for “iPhone 6 gun case” on Google, I even found an Amazon link, but it redirects to a 404 now.

Seriously, how can anyone thing holding a phone like that when on a call think it’s cool? What about when texting or playing a game?

Shooting and firearms are only a fraction of the country’s problems right now. People should stop being dumba$$es – don’t sell, don’t buy. It’s not cool. It’s stupid.