While many techies consider iOS 9 to be more of an under-the-hood-improvements kind of software update, the new mobile operating system did add a few really cool features that make your overall iOS experience much more enjoyable. With your update, the native Notes app became much more useful, especially for people who are familiar with great third-party note taking apps like Evernote and Notability; the native Maps app added public transit directions for many major cities around the world (let’s hope it comes to all cities soon); your iPad became much more of a productivity machine (à la Microsoft’s Surface) with multitasking features like Slide Over, Split View and Picture in Picture; and, finally, iOS 9 gives us a new way to look at the news of the day: News. Here is our review of Apple’s News App!

This app is slick. From the design to its actual functionality, News feels (more or less) streamlined. It’s exactly what we’ve come to expect from Apple, which is why it’s easy to overlook.

After you’ve set up the app and added your favorite news sources and topics, you are presented with what looks like a page on a newspaper. In the “For You” section, you get quality photos that accompany almost every article (though not all), and almost every article shows a short snippet of its content, giving you an idea of what the article will be about (if the headline wasn’t enough).

The app is constantly refreshing content, so the news you read 15 minutes ago will be old news (pardon the pun). Because the app is always refreshing news stories for you, you could spend hours on this app, catching up on everything from today’s political news to the highlights from your favorite basketball team’s last game.

Apple’s News app does a great job of curating content for each individual reader, making it easy to find things you’ll want to ready quickly and easily. 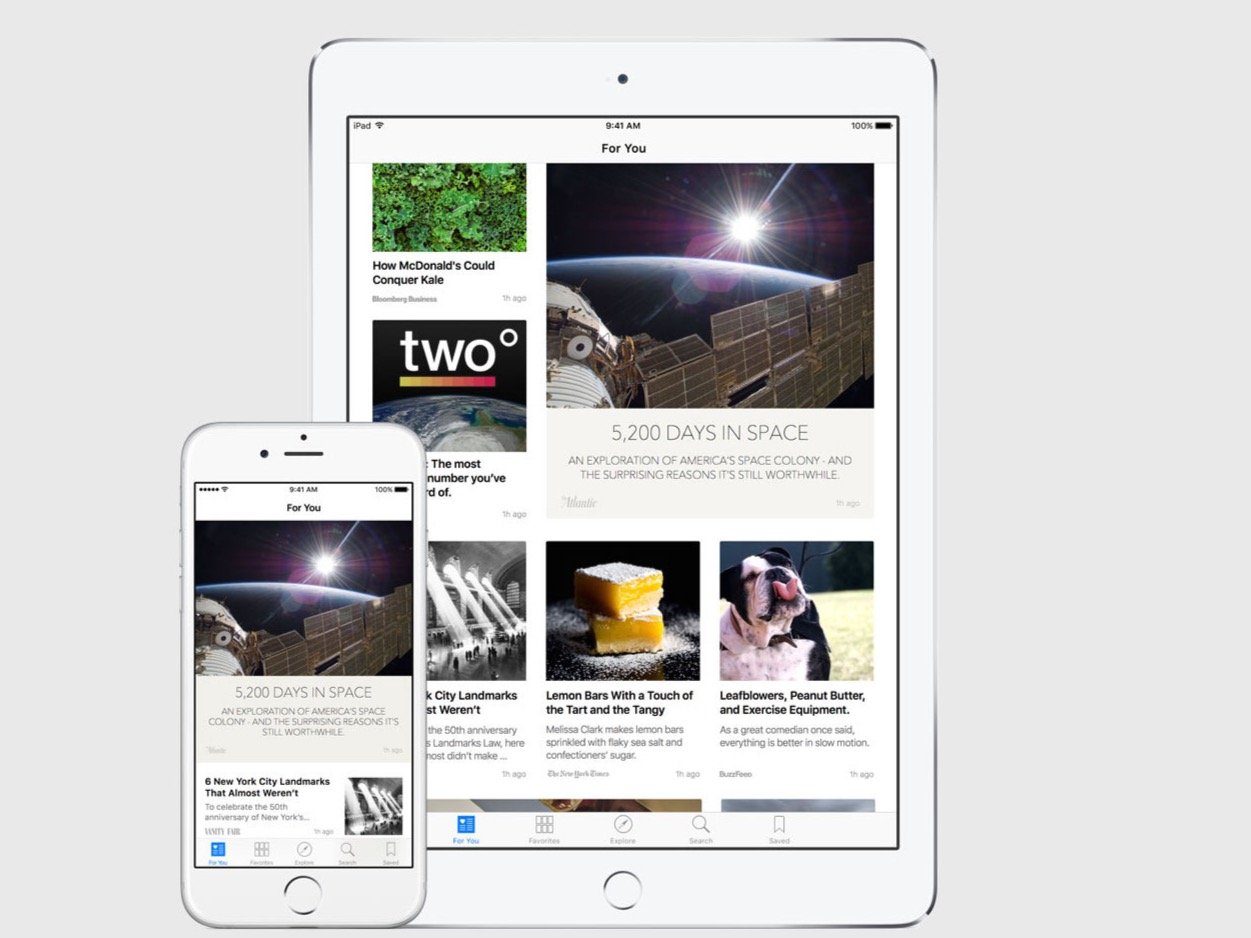 Though I just finished telling you that we like the fact that News curates content for you, I’m going to seemingly contradict myself here: the way Apple News curates content could be detrimental to your overall experience. Because the News app curates your news specifically for you, it can become sort of like an echo chamber. Articles that simply feed into what you already believe.

Another thing that I’m not crazy about is some of the app’s content. For news sites that you need a subscription to read, the rules still apply for Apple’s News app. Even if a newspaper pops up on my News app, I can’t necessarily read the article that it links to because I don’t have a subscription to each news source. This is especially true of news sources like the New York Times and the Washington Post.

I have a digital subscription to the New York Times, and I use their app frequently (alongside Apple’s News app), but it’s unclear to me why I would choose the News app over the New York Times official app. If anything, News presents information in a much more limited way than an official app, and if you’re already paying for the subscription to the newspaper’s official app, it seems silly to get your news from Apple’s News app.

Moreover, the “For You” section, all of your news is presented at the same time, so every subject is mixed together with reckless regard. When you open the app, you may have Peyton Manning and the Bronco’s score right beside a piece about the recent mass shooting in the United States. Something seems really weird about that. There should be a better way to organize content that makes it easier to immediately get to. Flipboard and several other news curation apps have the things they’ve picked out for you in separate categories, so if you want sports stories, you go straight to the sports section. Right now, Apple’s News app feels a little disorganized, and when you look at it, it can sometimes look like there are way too many things coming at you at once, something that will quickly make you feel totally overwhelmed. 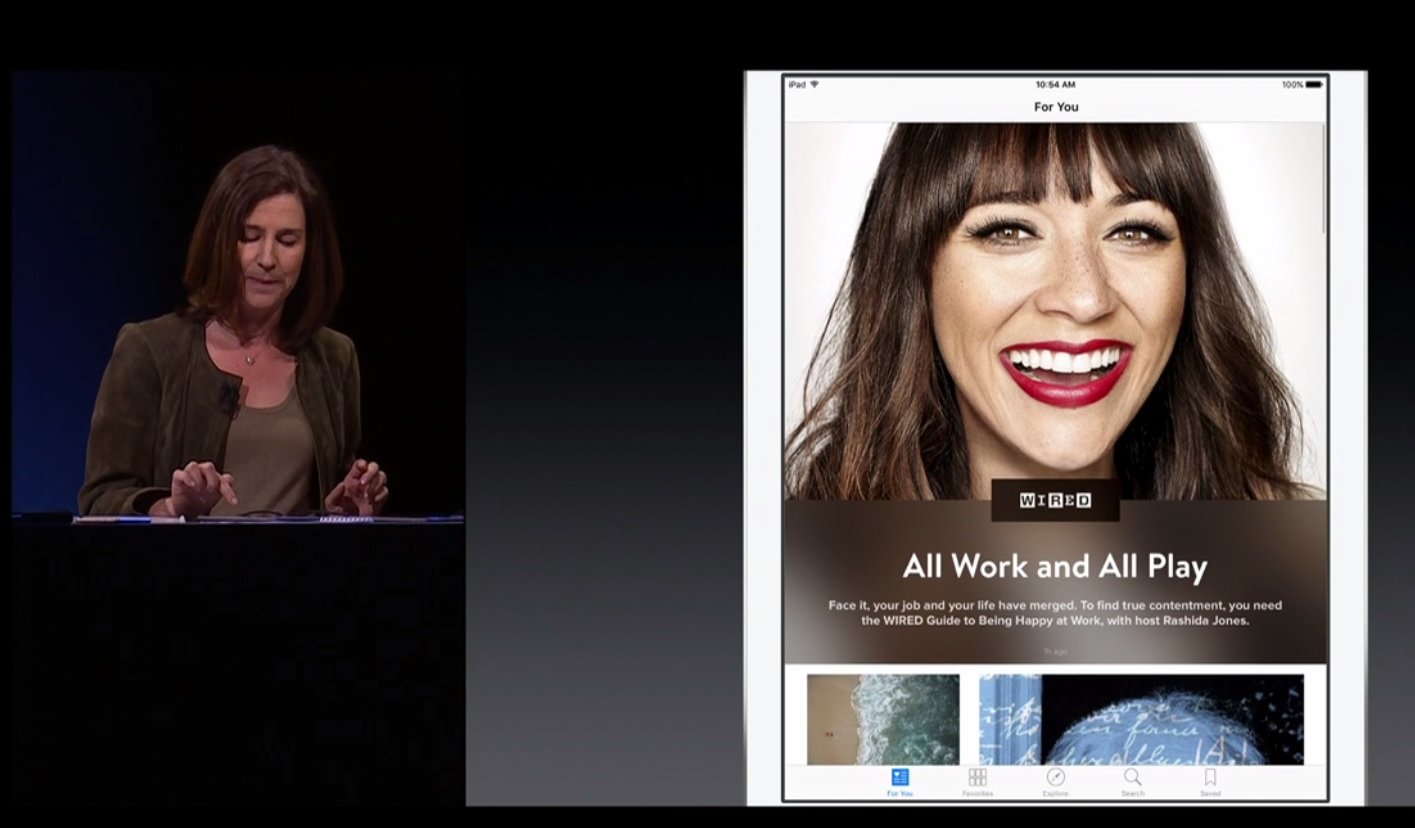 While Apple’s News app isn’t perfect, it’s still a decent news curation service, especially if you’re not already totally invested in one of the other great news curation apps available. And even if you do use another site often, Apple News gives you a good alternative to your go-to site. It updates quickly and has all of the information you could want in one place (even though you may not want it all in one place).

What do you think about Apple’s News app? Do you feel like the articles are really curated for you? How does it stack up to some of your favorite news curation apps? Let us know in the comments below.

How Low Power Mode in iOS 9 Will Save Your Battery