You are here: Home / iOS / Reactions to the iOS 9 Font – San Francisco 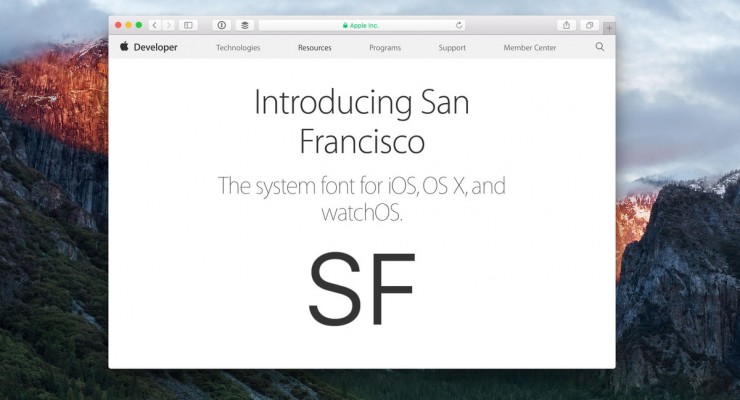 iOS 9 brings quite a bunch of changes, many of which we’ve been looking forward to for months. One of the biggest things that have stirred up Apple users, though is the new iOS 9 font, making the hearts of Helvetica lovers seize up.

The new font, named San Franciso, has elicited mixed reactions – as most changes do.

Personally, I am not that bothered. I think I actually do like it. For some, it may take some getting used to.

I went through Twitter to see what people think. Check out the reactions to the new iOS 9 font San Francisco.

The old makes room for the new. Feeling like I got a new iPhone after #ios9 upgrade. ?? the new San Francisco font pic.twitter.com/0nUlVULZyG

Best thing about #iOS9 has to be the font. San Francisco is beautiful!

It looks like kerning is a main issue for people.

I liked Helvetica more than San Francisco. What is this weird font? #iOS9

Can I get the old Helvetica font back on #iOS9, Apple? The San Francisco font looks weird. ? ?? ? ??? pic.twitter.com/F2Zo8xWMdc

.@Tweetbot in #ios9 using new system font for tweets = ugly. Not a fan of San Francisco the font.

Can't decide if I like this "San Francisco" font on #iOS9, Helvetia Nue was like the ultimate for me. I guess it's alright, just a change

It's not that the "San Francisco" font change in #iOS9 is bad, it just isn't timeless. Like Android fonts, it's going to look dated in 2025.

What do you think about San Francisco? To which group do you belong?