by Noemi 8 years ago8 months ago
3

Have you ever wondered why iPhones and iPads always have 9:41 or 9:42 as the displayed time in advertising material? Take the iPhone 6 displayed on Apple’s home page.

And also look at the iPads. 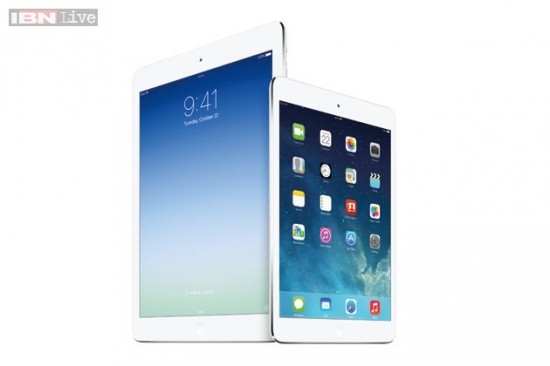 If you’ve been following each keynote ever since Steve Jobs first introduced the iPhone, then you probably already know the answer. For those of you who may not have noticed, or simply have not asked the question, the answer is rather simple but very Apple-esque.

A thread on Quora tackles this topic and highlights the fact that when it comes to marketing, Apple rarely does anything without a reasoning behind it. And the iOS devices display time for marketing material does have a reason.

When Steve Jobs first announced the iPhone on January 9, 2007 at 9:00 a.m., he went on stage at the 2007 Macworld Conference & Expo. The explanation on Quora says it succinctly:

“…and just about 35 minutes into his presentation he said, “This is a day I have been looking forward to for two and a half years…” And at just about 9:42 a.m. Steve announced the iPhone. Thus frozen in time is the near exact time the iPhone was officially announced.

At this point, you may have noticed that the most recent iOS devices display time is 9:41 instead of the original 9:42.

We design the product launch keynotes so that the big reveal of the product happens around 40 minutes into the presentation. When the big image of the product appears on screen, we want the time shown to be close to the actual time on the audience’s watches. But we know we won’t hit 40 minutes exactly. And for the iPhone, we made it 42 minutes. It turned out we were pretty accurate with that estimate, so for the iPad, we made it 41 minutes. And there you are—the secret of the magic time.

It may be a tiny detail, but it does make one appreciate Apple more, doesn’t it?

Let’s have a Steve Jobs moment, shall we?

This Steve Jobs Portrait Is Made of Computer Innards

Every Steve Jobs Video, Ever