by Apple Gazette 11 years ago10 months ago 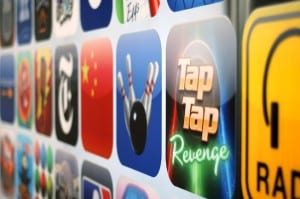 Any time you have great computer technology, you can always find stupid or useless software to go with it. The current mobile application market is no different. In fact, with millions of apps currently available, you could literally have a bazaar full of the bizarre. Following are five of the weirdest apps available for mobile devices.

1) Harmonica – Hey kids, want to annoy the heck out of your parents? Well, Benjamin McDowell has you covered. Download the Harmonica app and learn to play the mouth harp. There are no available numbers on how many people have downloaded this app since 2008, but at $0.99, it’s probably easy to assume that everyone who hasn’t downloaded it is probably waiting for the much anticipated bagpipes app.

2) iAugment – Developed in 2010 and offered for free by Elizabeth Kinsley, MD, iAugment provides you with hours of fun by giving you an idea of just how your breasts will look if you choose to have breast implants. Simply upload a photo of yourself, give your iPhone or iPod Touch a quick shake, and enjoy the enhanced view without the painful cosmetic surgery. No word on whether or not an enlargement app for the gentlemen is being massaged into reality.

3) Abacus – Need something to waste $0.99 on? If so, download the Abacus app. In 2008, Matthew Stoker decided that the free calculator on most iOS devices just wasn’t good enough, so he created Abacus for iPhone and iPod Touch. So, if you attend Renaissance festivals as a 14th century mathematician, this is the app for you. 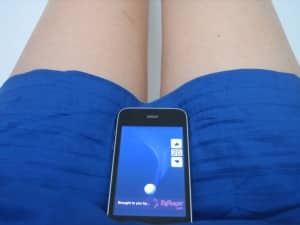 While it’s safe to say that a virtual vagina app is probably not being developed for the guys, the My Vibe app for the ladies is probably the best ever use of iOS technology. This app was developed by Sawhorse Enterprises, Inc. and is offered at the huge discount of free. So, if you see one of your lady friends with an iPhone in her pocket and a smile on her face, you’ll know why.

5) iLickit – For a moment, it seemed like there was a slim possibility that the guys were finally going to get their due. That’s not quite the case. iLickit is an app developed in 2009 by Central Europe Media, Inc. It sells for $1.99, which is a lot cheaper than getting charged with solicitation. Unfortunately, the real object of the game is to lick up every last drop of grandma’s virtual cooking using your tongue. It’s been downloaded 18 times… by mistake. Sorry guys.

In many ways, it’s great to be able to say, “There’s an app for that.” However, in the previous five examples, it might actually be better if there weren’t. Except for number four.