You are here: Home / iPhone / Augmented Reality Apps for your iPhone 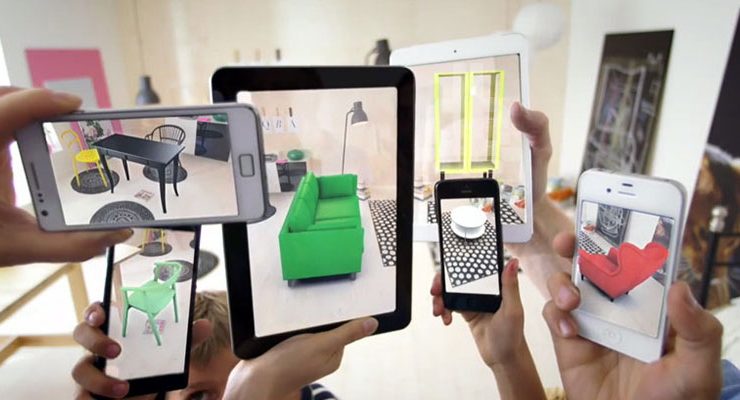 Night Sky offers the most compelling AR experience from a modern application. By using your location data and phone orientation, the app displays a geo-accurate image of the night sky as seen through your phone’s camera lens. Move the phone and the image moves with it. The app’s best feature mixes the camera’s input with the app’s star map. The user sees the map of the night sky layered on top of their current environment, providing a highly accurate and educational stargazing companion.

Tons of augmented reality apps offer to place low-quality three-dimensional models of strange objects in your living room. It’s fun for a couple seconds, sure. But there’s no enduring value. If you like learning information from educational animations, JigSpace will grab your attention. The app features a set of educational and explorable 3D models with guided tours. Disect the world in three dimensions on your tabletop, examining everything from locks to the solar system. A curious child or adult with little patience for reading might Jigspace’s models to be a more attention-grabbing educational mode.

Snapchat isn’t having a great time. They’ve lost users (and App Store review stars) thanks to a despised redesign, which mangled users feeds to jam promoted content in their faces. The photo sharing functionality is still top notch, however. The AR features are so effective that they’ve become a meme in their own right: dog filter and face swap are well-recognized enough to require no explanation. If you and your friends can stomach the redesign, the AR features are technically impressive and astonishingly reliable. Measuring in augmented reality apps isn’t as easy as it seems like it should be. Finding the distance to an object based on visual feedback alone is a tough problem. It’s the problem autofocus attempts to solve, and we know how unreliable consumer autofocus can be in subpar conditions. So it’s no surprise that many AR measuring apps are also disappointing. Magic Plan is easily the most accurate the most fully-featured, but it’s not perfect. For flawless measurements, you’ll need to use laser distance meters, many of which can connect to the application to build highly-accurate 3D models of objects and spaces. It should be no surprise that this application is targetted towards professionals: builders, contractors, and interior designers especially. But homeowners and consumers might also get use out of it with careful application. Either way, it’s far more useful than the other apps on the market today. It is surprising that on-demand temporary tattoos aren’t yet a thing. Maybe the printing costs are too high and the market too small. But if you want to try out a potential tattoo design, you can check it out with INKHUNTER before you commit. Doodle a small icon on your skin to define the app’s target. Then pick a tattoo and adjust until things look good. There are pre-installed tattoo models in the app, and you can search the web for inspiration or upload your own designs. If you’re a capable artist, you can even work on a design on your iPad and then import it into the app via your photostream.

Augmented reality messaging apps (or messaging apps in general) are super appealing to a small portion of the population: mostly those without cars but with a hundred friends. Texting as your primary mode of expression can be so limiting. GIFs offer more, but what’s on the cutting edge? look to GIPHY World. The app uses 3D models to create videos and images you can send to friends. Add still or animated models from the app’s library to your environment, capture the scene, and share via your favorite platform. If you’re so done with Snapchat, GIPHY World might bring back some of that magic.

Like the company’s animated GIF library, GIPHY World is playful and humorous. Meme auteurs might want a more serious library of models to enlist in their creations. Thyngs uses ARKit to let users place 3D animated models in their real world. With some exploration and experimentation, interesting and attractive collages are possible. Go beyond the meme.