Apple Has Sold Even More iPads 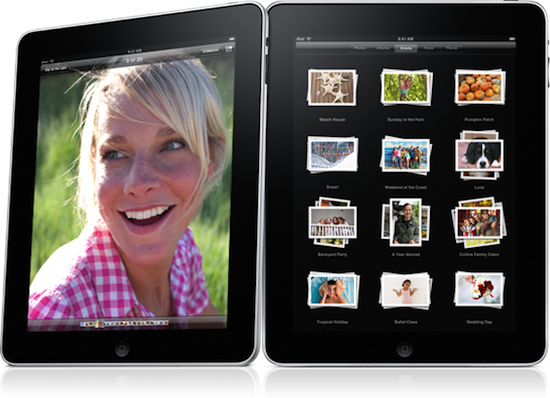 When the Unicorn Tablet was first released, many people said that it just wasn’t going to sell. Just 21 days ago, I said that apparently, everyone either wants or has an iPad. I guess those people who wanted it bought one, because Apple announced yesterday that they’ve sold three million iPads in 80 days. Wow.

AppleÂ® today announced that it sold its three millionth iPadâ„¢ yesterday, just 80 days after its introduction in the US. iPad is a revolutionary and magical product that allows users to connect with their apps, content and the Internet in a more intimate, intuitive and fun way than ever before.

â€œPeople are loving iPad as it becomes a part of their daily lives,â€ said Steve Jobs, Appleâ€™s CEO. â€œWeâ€™re working hard to get this magical product into the hands of even more people around the world, including those in nine more countries next month.â€

My mother can’t stop talking about her iPad, and I know my dad is just a touch disappointed that he didn’t get one for father’s day (he did get a pricey router, however). Every Apple geek I know owns one, but whenever I take mine out somewhere public, I get tons of questions about it. Frankly, if I were single I’d consider this the second best thing behind a puppy for picking up chicks.

I brought this up to my wife as I was writing this, and she said, “Wow. Guess that says something to the naysayers, huh?” It really does. And although I don’t think my iPad is the coolest device I’ve ever owned, I do use it every day without fail at least once. To me, that makes the purchase price worth it.