Why You Should Be Outraged by iPad Subscription Model 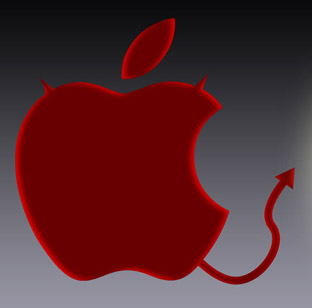 A few months back, Apple unveiled its subscription service for content distribution on the iPad. The model first used by The Daily news app is now available to all app content makers, such as magazines, newspapers, and even video and music. Anything that’s published can be delivered automatically to your iPad without the need for individual in-app or App Store purchases, if you wish.

On the surface, this sounds great. It will certainly make life easier for iPad users. It’s just like the difference between having to run down to your local magazine stand to pick up your favorite rag, vs. having a subscription that sends your magazine directly to your house. The latter is just more convenient. But there’s more to it than just subscriptions. This is a grand, sweeping change that goes into effect on June 30th, and requires any content provider to sell their content from within their app — not just subscriptions.

The old way of doing things, for example, was if you want to buy an ebook for your Kindle app, you have to go to Amazon.com in your web browser and purchase the ebook there. Amazon would then send the ebook to your iPad’s Kindle app. Now, Apple’s requirement means that Amazon has to make all of their ebooks available to buy from inside the Kindle app.

This doesn’t sounds so bad at first, until you look at Apple’s new policy of taking a 30% commission on every in-app purchase. Amazon and other content providers can sell their stuff outside of their app, but they must also offer it inside the app, at the same price or lower. And no longer does Apple allow developers to include links to websites for purchasing content — which makes it a lot harder for consumers to know that they can buy content for their apps on the Net. Adding insult to injury, Apple had the gall to announce this new policy in a happy/shiny press release that makes it sound as if Apple is doing everyone a favor.

Because of this new commission structure, one app has had to pull its own plug, after a quarter of a million downloads. And they’re not taking it lying down. iFlow Reader, a slick ebook app that took 15 months to develop and cost its makers over a million dollars to create, is shutting down as of May 31st (the app has already disappeared from the App Store), because the commission that Apple is demanding equates to more than the profit that iFlow Reader itself makes on each book. Meaning they have to take a loss for every ebook they sell.

BeamItDown software, the company behind the iFlow Reader, has fired off an angry tirade against Apple for essentially screwing them over after selling them on the dream of digital content. And I can’t blame them for being upset. In fact, as a writer myself, I’m siding with BeamItDown on this one.

Whatever else your sentiments toward Apple — and I love their products more than I love some people — this policy is just plain evil. I want to believe that Apple never foresaw how this content model would negatively impact the little guy developers out there, but this feels way too calculated a move for that kind of innocence.

The folks at BeamItDown go so far as to call this move “an eviction notice” from a “totalitarian dictator” who wants all ebook purchases on the iPad to come from iBooks and nowhere else.