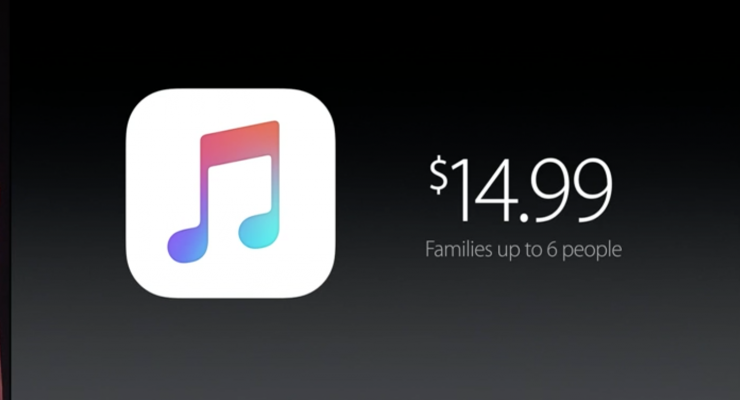 Whether you’re gearing up for your run, preparing for that last minute study session or packing the car for the great American road trip, picking the right tunes to take with you is essential.

In the days of cassettes and cassette discs, we literally had to stack all our music and take it with us, but now, iPods and iPhones have made it unbelievably easy to carry our entire catalog of music around with us all the time.

As innovation marches forward, we don’t need to store music locally on our devices anymore. Instead, we can buy a subscription and simply stream whatever we want to listen to or temporarily download it for easy listening when we’re away from a Wi-Fi connection.

There are a ton of iOS music apps in the App Store, but picking the right one can make or break your routine.

The problem with some of the other apps on our list is that they require you to make active decision after active decision about what to listen to. In most cases, you have to know what song, artist or album you want to listen to. In most cases, that’s awesome! You can listen to exactly what you want, when you want, but if you’re looking for an iOS app to act as a DJ for you, look no further than Pandora.

For years, Pandora has been a trusty go-to for listening to music online. All you have to do is pick a genre, artist or song to get things started. After that, Pandora picks songs that match your initial pick, letting you not think so much about the songs you’re listening to and giving you more time to think about what you’re doing.

Pandora on iOS is a nicely laid out app, and it’s super easy to use. If you love Pandora on your laptop, you probably already love it on your iPhone. But if you haven’t listened to Pandora in a few years, give it a whirl on your iPhone — it might rekindle an old flame for you.

YouTube Music seems like the perfect solution for those people who have always complained about the YouTube app dropping sound whenever your phone’s screen goes to sleep.

Unfortunately, listening to music with YouTube Music requires a subscription to YouTube Red. But you can get a 14-day free trial of ad-free listening!

While it’s sort of weird to pay to watch YouTube videos (it’s coming, though), YouTube Music really is the ultimate combination of music video and music player. When you’ve picked a song, the video will automatically start playing, but if you put your screen to sleep, the music will keep playing in the background, giving you the best of both worlds.

TuneIn Radio isn’t your typical iOS music app. It’s a fundamentally different kind of music app that gives you access to live streams of radio stations from all around the world.

If you’re familiar with the browser version of this app, the iOS version will feel familiar.

I could have spent a long time talking about each of these apps, but they all do practically the same thing, and when it comes to which app is best for you, it honestly comes down to personal preference. (For me, I choose Apple Music.)

But each app is great, and if you’re looking to pay for a subscription to a music service, you can’t go wrong with any of these three. If you’re using an iPhone, however, Apple Music is really the way to go. Syncing your music between your MacBook, iPad and iPhone is easy with Apple Music, and you don’t have to download any extra apps — it’s all native.

If you’re a long-time Spotify user or you like the philosophy behind TIDAL, one of these other apps might be good for you, but for most iOS users, Apple Music will do the trick.

With Apple Music, you can quickly and easily download single songs to whole albums to your library and listen to them on the go, whether they’re downloaded or streamed. Apple Music will also suggest music and playlists for you.

Which iOS music apps do you use regularly? What do you like most about your favorite iOS music app? Let us know in the comments below.

How to Use Apple Music

The Beatles’s Catalog is Now Available on Apple Music