You are here: Home / iTunes / Why Apple Music Beats Spotify 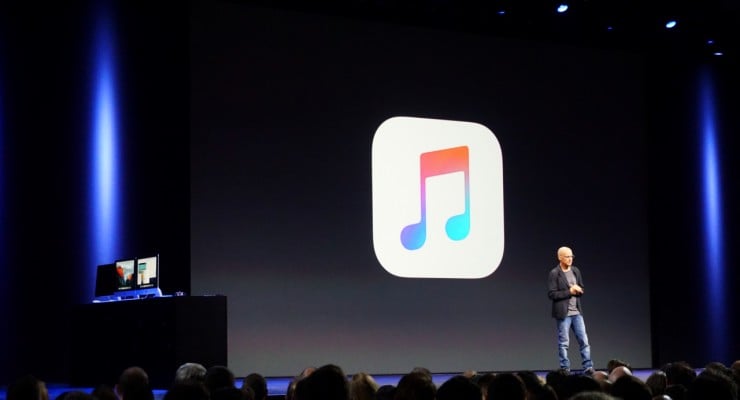 When Apple introduced Apple Music, the tech giant’s answer to other streaming services like Spotify and Tidal, there was almost a universal sigh of boredom. Before the introduction, there was even a question about whether customers would care about an Apple streaming service. But Apple’s senior vice president of Internet Software and Services, Eddy Cue, took the stage at WWDC 2015 to explain that this streaming service would be different from its competitors, and Jimmy Iovine decried online music streaming as “a complicated mess of apps, services and websites.”

But Apple Music still seemed underwhelming, and its $9.99 monthly subscription fee felt like a tough sell. After all, why pay $9.99 a month for something that Spotify is giving away for free? Apple Music’s introduction came on the heels of Jay Z’s tone-deaf introduction of Tidal, the rapper’s premium music service that starts at $9.99 per month. Months after Tidal’s official launch, the music service is all but dead. Even the combined star power of Jay Z, Beyoncé, Madonna, Jack White, Daft Punk and others couldn’t convince music lovers to make the switch from free, ad-supported services like Spotify and Pandora to Tidal. And other big name artists slammed the service as disconnected.

But with Apple Music, Apple has struck a balance between free and paid streaming services. Since Apple Music’s official launch on June 30, tech writers and average users have raved about the service. While we may not have been quite as enthusiastic about the service during its introduction as Apple would have hoped, when we held Apple Music in our hands, everything changed.

Apple Music is beating Spotify and Tidal, and it is largely due to three distinct features that fundamentally set Apple Music apart from its competitors: the app, the free trial period and Beats 1.

The App
When iPhone and iPad users updated to iOS 8.4, the Music app got more than just a makeover. It was a total redesign that addressed the app’s aesthetics as well as its functionality.   Users could still get to the music stored on the iPhone or streamed through iTunes Match, but Apple added four other categories to the app: “For You,” “New,” “Radio” and “Connect.” In addition, Apple can offer something that other streaming services, paid or otherwise, cannot: full synchronization with your iTunes library. This aspect of Apple Music should not be overlooked. Apple customers have been filling their iTunes libraries since iTunes became available in January 2001. Even if customers aren’t buying albums anymore, that doesn’t mean that they will walk away from over a decade’s worth of music. Intertwining customers’ iTunes library and a streaming service brings together the old with the new, and it helps to transition customers to a new streaming era of music distribution.

With Apple Music, there is nothing new to download and nothing new to sign up for. Apple’s integration of Apple Music into the Music app is Apple at its best; the streaming service seems to disappear into the multifaceted functionality of the iPhone itself. Apple subtly reinforces the underlying purpose of the iPhone: to act as a container for apps.

The Free Trial Period
Other services offer free or extremely cheap trial periods: Tidal offers a free 30-day trial for both its Tidal Premium and Tidal HiFi, and Spotify will give you three months for only $0.99. But Apple’s free trial is different because of Apple’s direct connection to their customers.

Apple users can use Apple Music without going through the hassle of signing up for a new service; they don’t have to remember what email they use for these things or think of a password that contains at least one capital letter and one non-alphabetical character. Simply put, Apple Music is easy to use right from the start.

Apple Music’s free three-month trial period gives users enough time to use and fall in love with the service. The trial period is long enough for people to start making Apple Music a central part of their daily listening habits. Moreover, because your credit card is already matched with your Apple ID, sticking with Apple Music long after the trial period will become almost passive. Customers will have to go through more work to stop using Apple’s streaming service than to just continue using it.

Beats 1
Beats 1 is perhaps the most endearing aspect of Apple Music. It flies in the face of conventional wisdom about what customers want out of their music service; instead of using complicated algorithms to build a playlist for you, Beats 1 takes a more traditional approach of using real people, human beings, to curate playlists. In the most basic sense, Beats 1 is simply an internet radio station that features DJs 24 hours a day. But such a simple touch sets Apple Music apart and makes us nostalgic for traditional radio. It’s a connection that is lost with other streaming services. When Jay Z rolled out Tidal, it was billed to be an online music streaming service that paid the artists fairly, but Apple Music takes that idea a step further: instead of artists simply backing Jay Z’s Tidal, artists are actually a part of Apple Music. Real artists are running their own radio shows and giving candid interviews. Where Tidal has artists behind it, Apple Music brings them to the fore.

It also doesn’t hurt that Taylor Swift is onboard, making Apple Music the only streaming service to carry her discography. With its  brilliant marketing and its unique approach to internet radio, Apple Music beats Spotify handedly.

What do you think of Apple Music? We would love to hear your thoughts. Leave a comment below.