Isn’t it Time We Forgave Apple for Apple Maps?

by Kraig Becker 8 years ago10 months ago
4 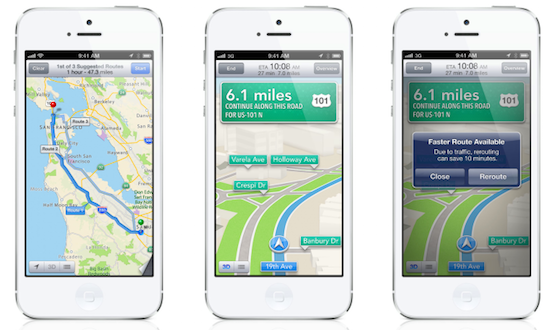 Back in 2012, Apple famously dumped Google Maps in favor of its own in-house mapping solution, introducing Apple Maps to iOS users for the first time. The new Maps app delivered a host of cool new features, including turn-by-turn navigation and 3D flyovers of popular cities and landmarks. But in a move that was very uncharacteristic for Apple, the software also seemed rushed and unfinished, with numerous bugs, poor navigational choices, and large chunks of map data completely missing. The tech media used words like “fiasco” and “disaster” to describe the software, as the new app was savagely reviewed by both users and critics, promoting Tim Cook to issue a very public apology. Even now, two years after its release, when Apple Maps gets mentioned, we are usually reminded about just how poorly its launch was handled. But over that same period time, the Maps app has made huge improvements, becoming a far better product that it was upon release. This of course begs the question, isn’t it time we forgave Apple for Apple Maps?

Since the day it was launched, Apple Maps has been trying to play catch-up with Google’s mapping software. In fact, while it has closed the gap considerably in terms of the quality of its map data and navigational routing, Apple’s product is still missing some key features, including mass transit data and a Street View-like option. It is important to keep in mind however that Google had a minimum of a seven year head start on Apple in terms of collecting and building its mapping data. It was silly to think that anything that Apple produced would be able to fully compete with Google right out of the gate. That doesn’t completely excuse the problematic introduction of Apple Maps of course, but it does provide some perspective on the uphill battle that Apple has been waging to try to close the gap between the two products.

In the two years since Apple Maps were first introduced, iOS users have seen drastic improvements. The software will still occasionally choose a longer route to a destination, or take drivers to the wrong location, but I’ve had Google Maps do the same thing on more than one occasion. For the most part, Apple’s software now selects the best option, even taking traffic into account. But it also offers users multiple routes, allowing them to choose the one that best suits their needs. Apple Map’s integration with Siri has gotten better as well, and the digital assistant has become quite good at providing turn-by-turn directions to wherever you are going.

In recent months, Apple has made a number of key acquisitions that will eventually pay dividends for their mapping product. Those acquisitions included HopStop, which will bring mass transit options to Apple Maps for the first time, as well as Locationary, a company that will help fill in more points of interest within the application as well. They even purchased WiFiSLAM, a start-up focused on indoor mapping and navigation, and BroadMap to help analyzing map data more efficiently. It will take some time for each of these services to become fully integrated into Apple Maps, but these purchases show that Apple is committed to doing whatever it can to improve the service. 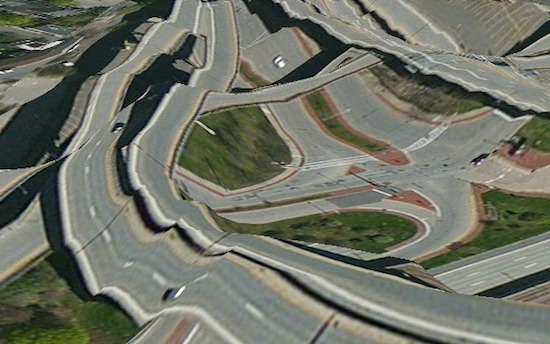 Apple Had No Choice

In trying to fathom the reasons why Apple elected to launch its own mapping service, it is important that iOS users understand that the company really had no choice. When the iPhone first launched, Apple and Google were on friendly terms, with little direct competition between them. It was a natural partnership between two tech giants that was beneficial to both. But after the launch of Android, that relationship began to sour. Apple’s former CEO Steve Jobs took it as a personal affront that Google would so blatantly – in his eyes – rip-off the iPhone’s touchscreen interface. He wanted to drop all Google service altogether, and famously threatened to go “thermonuclear” on Android in terms of litigation.

The situation got worse when Android began to gain a lot of momentum, and Google started delivering features to their own mobile operating system, but not the iOS version of Maps. Those features included turn-by-turn navigation with voice prompts, which debuted on Android but was not added to iOS until Apple Maps launched. The relationship with Google was putting the iPhone at a competitive disadvantage, giving Apple no other option but to pursue it’s own mapping service. 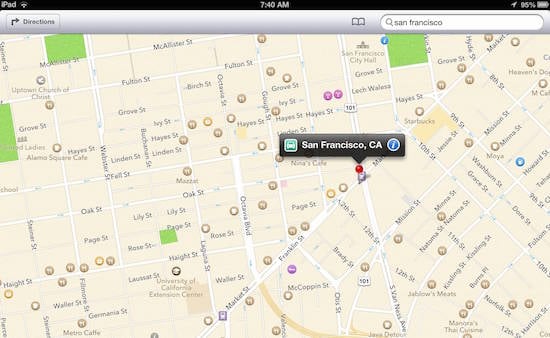 Apple Maps are a Hit

Despite its initially poor reception, Apple Maps have turned out to be quite a hit. According to recent data, Apple Maps now accounts for 70% of the maps traffic on 4G and 3G networks, with Google taking a huge hit in that category. Indeed, it seems most iOS users now prefer Apple Maps, thanks in no small part to its integration with Siri I’m sure. As the software only continues to improve and be refined, I’m sure dominance in the mobile map space will only continue to rise.

Speaking from my own experience, I’d say that I use Apple Maps 95% of the time, but keep the iOS version of Google Maps on my phone as a back-up. These days I rarely use it though, and the past few times I have launched the app, it was mainly to double check to be sure the options that Apple provided was actually accurate. While Google does give users a lot more information and features as part of their app, I generally find that most of it is extraneous for my needs. Other than the ability to navigate a city using mass transit, my need for Google Maps has diminished significantly. 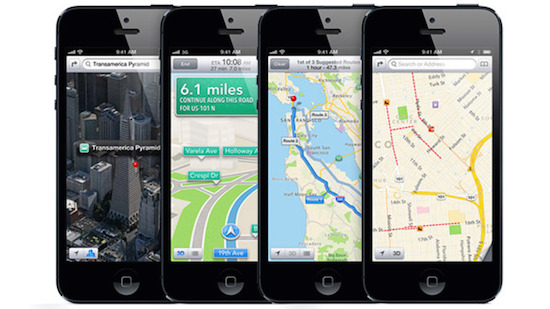 Look, I get it. A lot of people are still annoyed that Apple dropped Google as its maps provider, and were frustrated that the solution they provided wasn’t nearly as good upon release. But in two years Apple Maps has come a very long way, and it is now at least a viable option for navigation, even if you feel Google’s solution is still better for your individual needs. The point is, Apple Maps stopped being a joke a long time ago, its just that no one bothered to tell the tech media or Android fanboys who still bring up the botched launch whenever it suits their needs.

The room for Apple Maps to grow is still considerable, but the product is far better now that it was when it was released. And if rumors are to be believed, there are a host of major updates just waiting in the wings, although insiders say that they have been delayed due to “internal politics” in Cupertino. Those updates should allow Apple to close the gap with Google Maps considerably, and quite possibly convince a few holdouts to give the service a second try. My guess is that when they do, they’ll be pleasantly surprised by what they find.

How Apple Made Me a Convert of Large Screened Phones

The iPod/iTunes Antitrust Lawsuit is Stranger Than Fiction