by Apple Gazette 11 years ago8 months ago
1 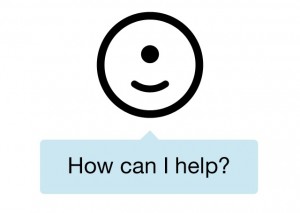 We all know how zealously Apple guards the “walled garden” environment of iOS. But sometimes even apps that have been given the privilege of entry into the iOS fold can still get Apple’s eagle-eyed attention, especially if that app looks like it will threaten one of Apple’s very own native features.

Evi, which costs 99 cents, is a robust app that can actually run on earlier versions of the iPhone. It can also run on the iPad. It also has a version available for Android devices.

The app, which was developed and submitted to the App Store by True Knowledge, didn’t get in any trouble with Apple and actually got into the store without any hassles last month. But Evi’s popularity has been growing. It is now the top App at the UK App Store and currently holds the number five position in the US Store. This high level of popularity is being cited by True Knowledge as the reason for Apple suddenly setting its sights on Evi. According to True Knowledge CEO William Tunstall-Pedoe, he got a call from an Apple representative telling him that Apple is “going to pull Evi from the App Store” based on rule 8.3 of the App Store terms and conditions. This rule states that “apps which appear confusingly similar to an existing Apple product or advertising theme will be rejected.”

So do you think Apple is right in pulling Evi from the App Store?