Why Android Still Can’t Dominate iOS: 4 Areas Where the...

by Apple Gazette 8 years ago3 months ago
1

The Android OS has actually outsold Apple’s iPhone as of early 2013, due in part because of its existence on many phones across several companies. 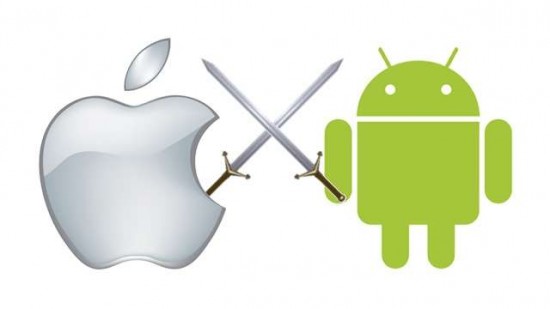 Though even if you ignore that numerical advantage, the Android OS has consistently been a strong competitor to the iPhone OS, often being touted and even preferred by a lot of users and particularly by smartphone app developers.

Part of the allure for developers is the fact that you don’t have to own a Mac with XCode installed to write apps for Android. Also with Google Play now running their app marketplace, Android is as strong as ever in the realm of smartphone popularity.

In many cases, Android phones have been said to have better functionality than the IOS, with features like heavy customization, a visual folder system and third party keyboards.

But what are the drawbacks to Android phones?

While there’s a lot to like about Android, there are a few things that seem to keep it from really jumping into the driver’s seat and making the IOS second-string. While successful releases of the iPhone 4 and 5 in recent years have helped Apple’s cause, Android shoots itself in the foot in several areas.

Here are some of the most notable drawbacks:

Android supports a lot of third party software and provides a lot of different options (which we’ll discuss later) to the user.

This is good in a lot of ways, but it can also be frustrating to people not interested in the additional apps or all the extras they have in the form of menu options. Many phones will quickly begin to suffer from bugs and a non-responsive interface because of issues with apps and the Android system itself.

2. Not as smooth as the IOS

It’s hard to put a finger on it, but Android just isn’t as smooth and easy to use as the IOS.

For a long time Apple has pretty much ran the table when it comes to the “sleek factor,” and while Android has improved over the years, they haven’t caught up to the iPhone in that regard. People who value features and functionality over sleekness and ease of use might opt for the Android OS, but those who want the smooth interface of the iPhone are going to be left wanting with an Android device.

It sounds a little odd to say that too many choices can be a bad thing, but in the case of a smartphone operating system, “less is more” generally applies.

Like we’ve already pointed out, more options and phone features means more opportunity for bugs and errors to crop up and that’s definitely a common occurrence with Android phones. You just get the feeling that Android tried to do a lot of things, but just didn’t quite have the resources to make sure they did all those things right.

By contrast, Apple does a few things, but you can see that they’re made sure to do them well.

Let’s be clear — Android isn’t Windows. In fact, there’s a Windows phone that has nothing to do with either the IOS or Android OS.
But the Android is in a sense to the iPhone what the PC is to the Mac. It’s the less sleek, more troublesome option that has a lot of bells and whistles, but tends to leave people more frustrated and laden with bugs and technical issues.

Now it is true that the satisfaction of all smartphone users will vary on a case by case basis. That means you can’t say with complete certainty that everyone who experiences Android (or IOS) would agree with these statements.

But in general, this is a visibly recurring theme with Android phones. That’s not to say it can’t or won’t be fixed in the (possibly near) future, but for the time being, it definitely has its weaknesses.

Sara Wells writes tech and gadget articles for a variety of clients such as Protectyourbubble.com iPhone 5 insurance company.